Times may change but some things never do.

Noe’s in Japan and Rokodo’s stuck in Wales. It all returns to nothing…

Decided I want to try heading up to London the night before this time so I don’t have to wake up so early. Plus, I’ve been thinking of replacing my mattress and I heard Premier Inn sell theirs so this is a good opportunity to try their famed Hypnos beds.

My parents decided at the last minute that they wanted to come up with me for dinner.
Sure must be nice to be retired with all this free time… 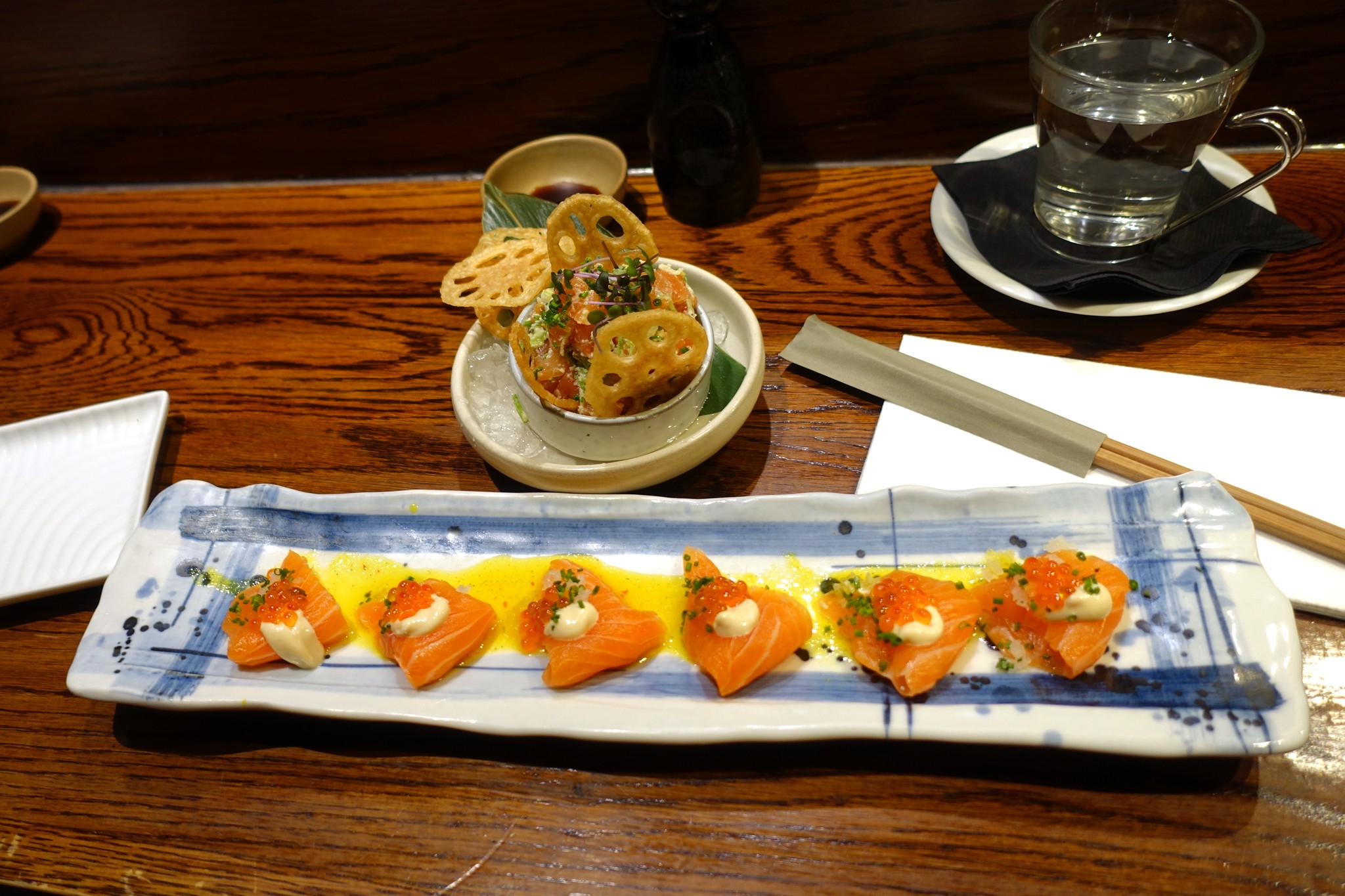 I tried the Victoria branch before though that time I only had the sticks.

We ordered the Carpe Diem set menu which has a mix of sushi and sticks.
Only ordered the For 2 People size since last time the meal was huge. 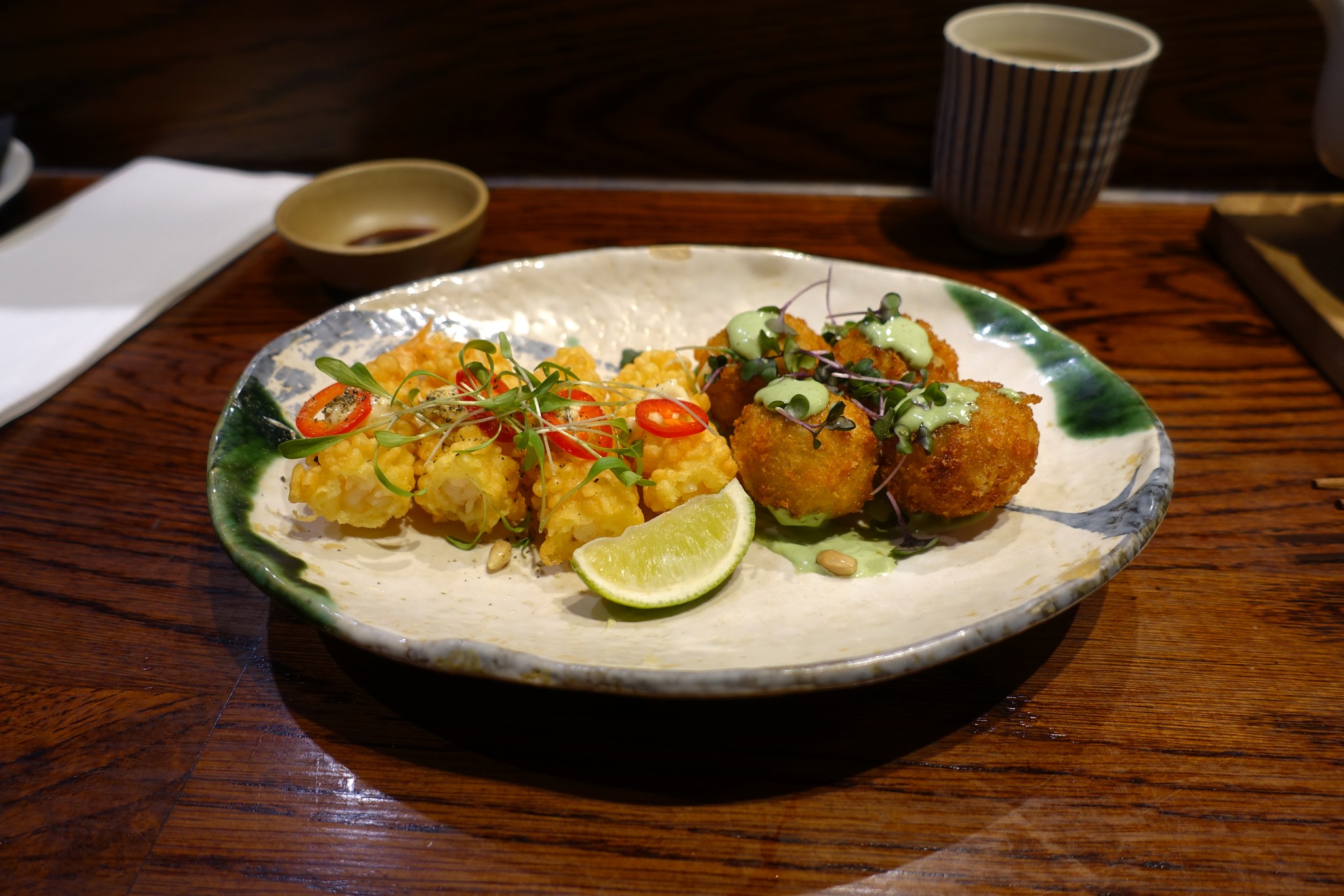 The shrimp batter was kinda chewy, not crunchy but otherwise 👍

After all the sushi, the sticks are bit too heavy on flavour. My dad also ordered a chirashi bowl. We were getting full so I ended up packing half to go.
*Carefully places it into my bag, surrounded by my clothes so the tupper lid doesn’t fall open.*

Well, now that I’ve tried both the sticks and the sushi, I probably won’t come back. This place is too pricey and I don’t feel the food is good enough to justify it.

I was planning to visit WA, a Japanese cake cafe, afterwards but they had just closed. I couldn’t hang with my parents for long since I already had an appointment.
I’ve been feeling kinda run down lately and I figured a massage would be a good way to fill time while I’m alone. I just kinda googled “london top massage” and saw MASAJ show up on a few lists. They’re only a few minutes walk away from my hotel so I thought “perfect!”

I like the menu they give you where you can choose the music playlist, scents and how talkative you want your therapist (i.e. don’t). The massage was decent but I don’t know if it was £85 decent. This is a pretty artsy area.

I looked it up later and turns out Shoreditch is home to a bunch of creative businesses, film studios and live music clubs. Would explain all young alt fashion people I saw walking around. 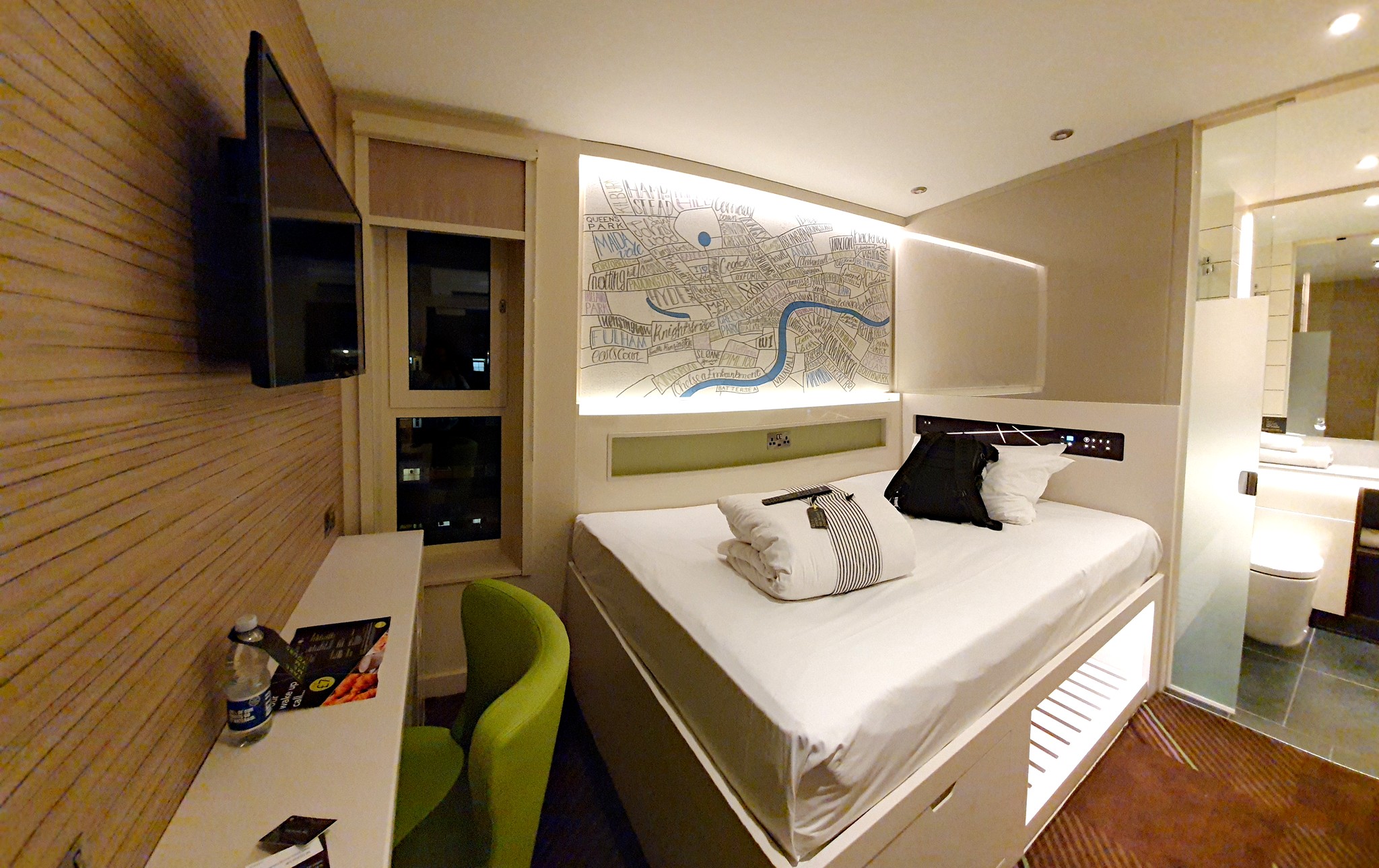 Ooh, this room is nice. Everything’s all new and clean. Big double bed too. Bathroom had one of them fancy rain showers. Soap is provided but no toothbrush. Good thing I brought a disposable set that I pillaged from a previous hotel.

Damn, this is faster than my home internet.
Stark constrast to the Travelodge who made me pay for 5 Mbps. 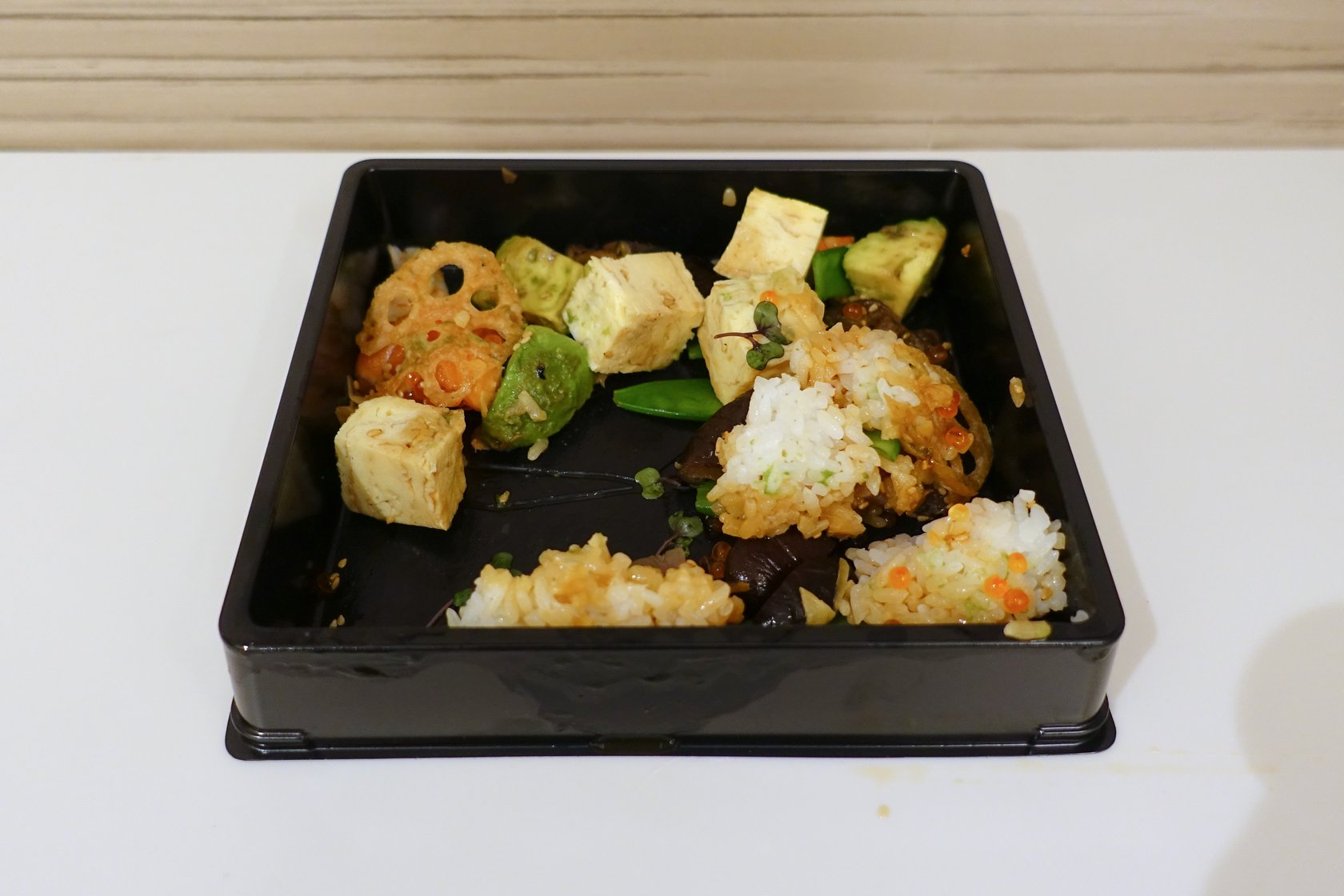 On my way here, I passed by a bubble tea shop, Quaker Street. Checking Google Maps, I saw they were open till midnight and they had an online order form. Yeah, go on then.

These guys also make music, art and rent out photography/podcasting studios. I get a feeling they started the bubble tea shop downstairs mainly to fund their own creative pursuits. Follow your dreams ✊

This Premier Inn has a bar on the ground floor where you can take cutlery up to your room.
The chirashi bowl looked pretty unappetizing after getting jostled around inside my bag but it was still pretty tasty actually.
I got an assam milk tea with strawberry bubbles and a nutella, custard, oreo dessert pot from the bubble tea shop. This dessert pot is simple but mmm this is a good combination.

I’ve never tried anything other than the traditional tapioca pearls before. These strawberry bubbles are great though. It’s so satisfying to pop them in your mouth, unleashing the juice inside.
Really hits the spot 👍

I couldn’t get either the Samsung or Google casting apps to play Youtube videos from my phone on the TV but I could play video files. 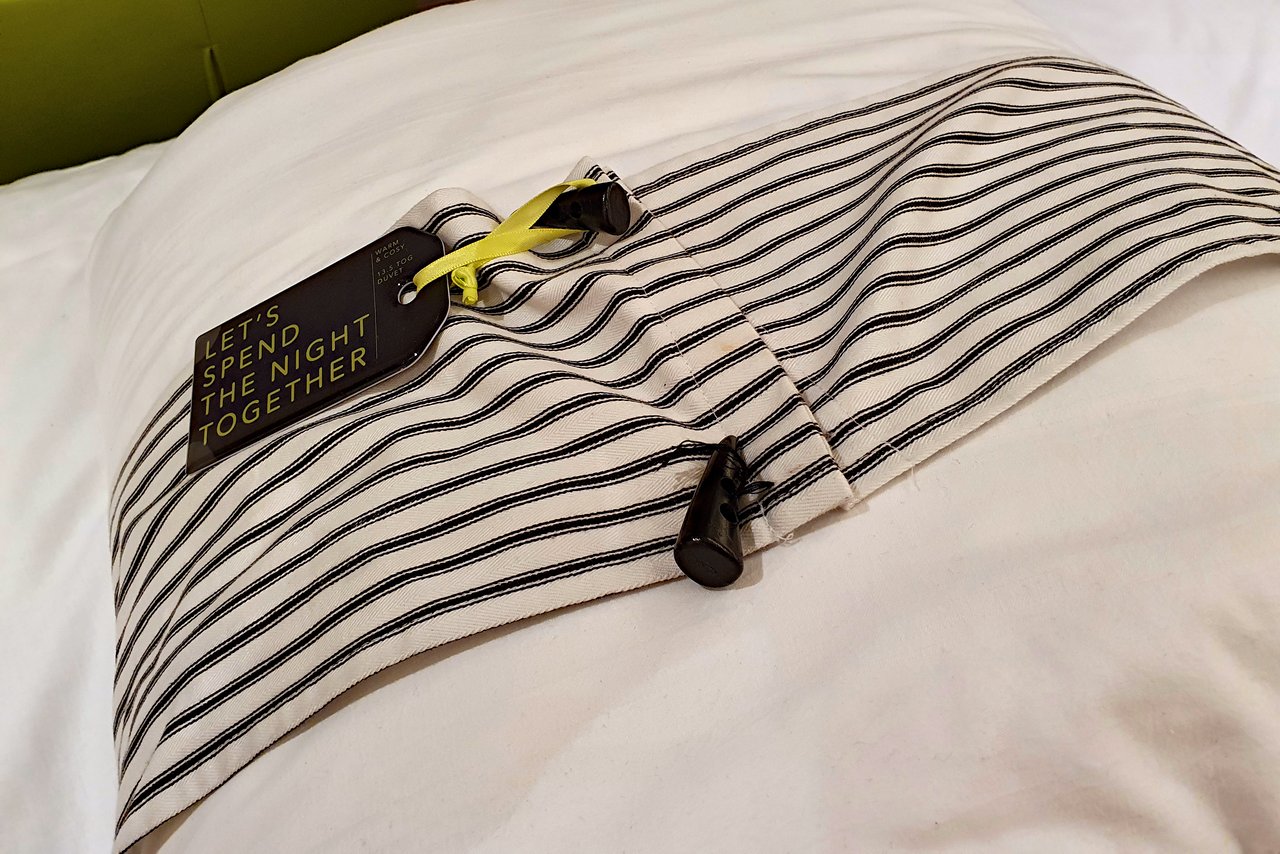 They went through the effort of adding these toggle buttons but they’re just for looks.

The real buttons underneath. 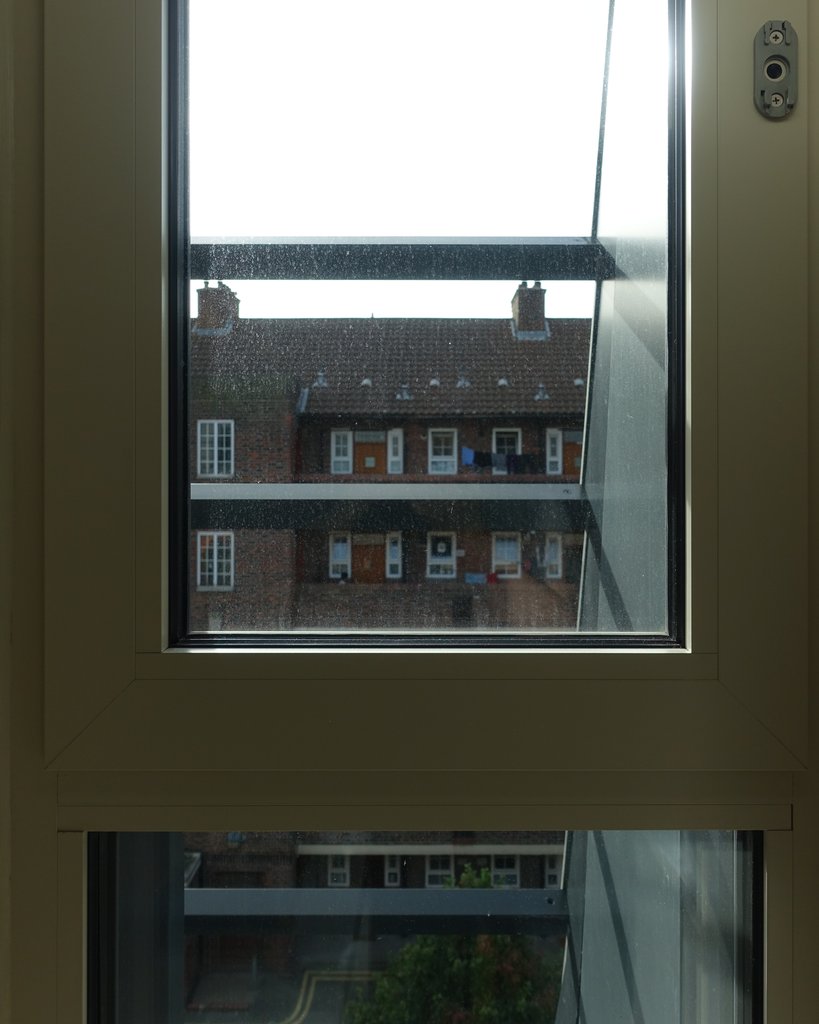 Not much of a view

I don’t normally sleep this early so I drifted in and out of consciousness.
As for the bed…it’s nice… Firmer than I thought they would be. It’s not that I would mind sleeping on that bed full-time but… Guess I’m just always trying to find something like my parents’ amazing bed. The search continues.

This hotel is next to the Overground train tracks so, even though I was on the top floor, the room would rumble whenever a train passed by.

The AC was pretty loud. And it would switch on and off, maintaining the temperature, all night. I couldn’t find a way to turn it off.

Overall:
Premier Inn hub Shoreditch > ibis Whitechapel > Travelodge London City
To be fair, the Premier Inn was also the most expensive. Would stay again though. 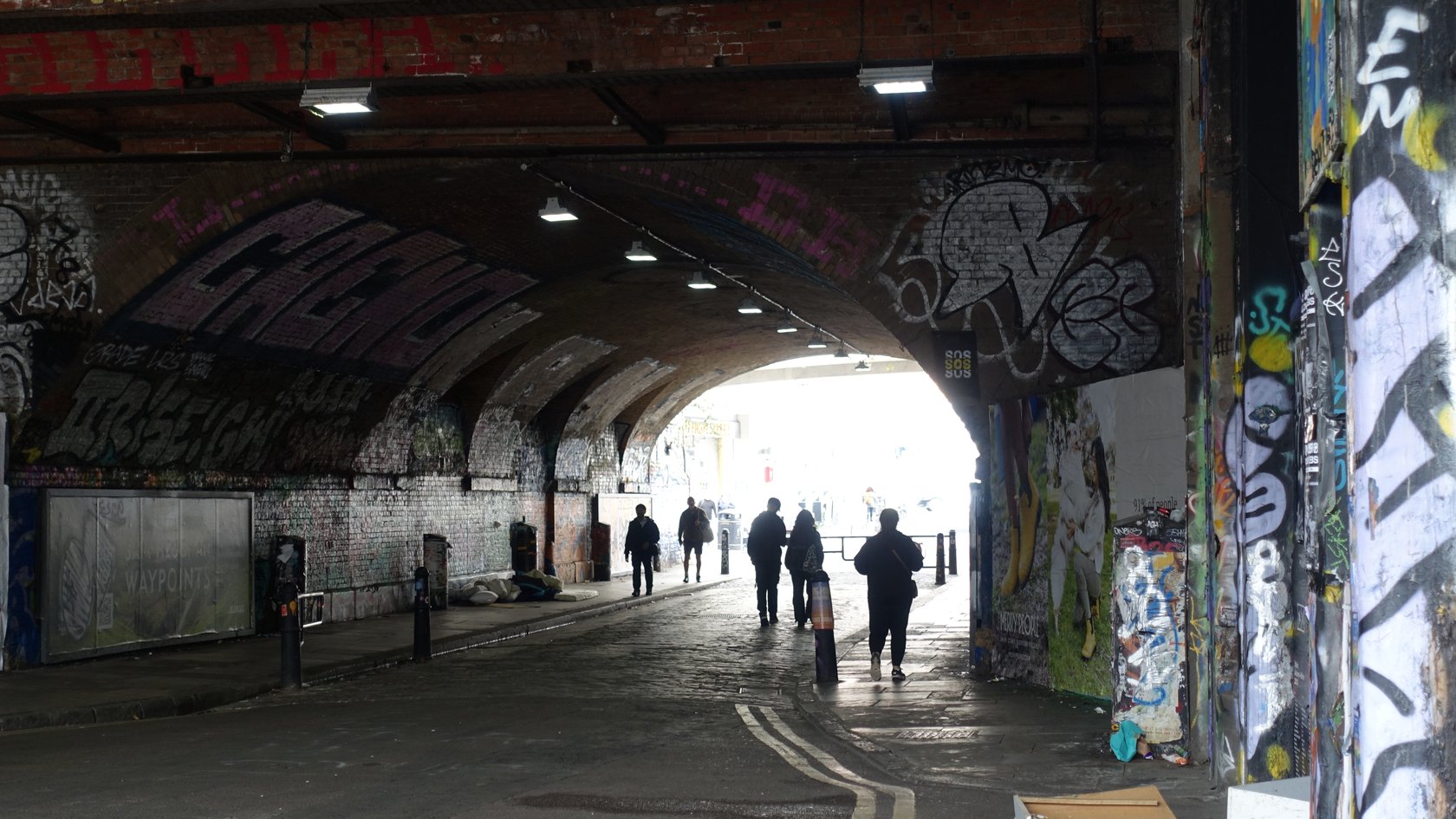 Gonna get some breakfast first.

Eating at the anime girl place. 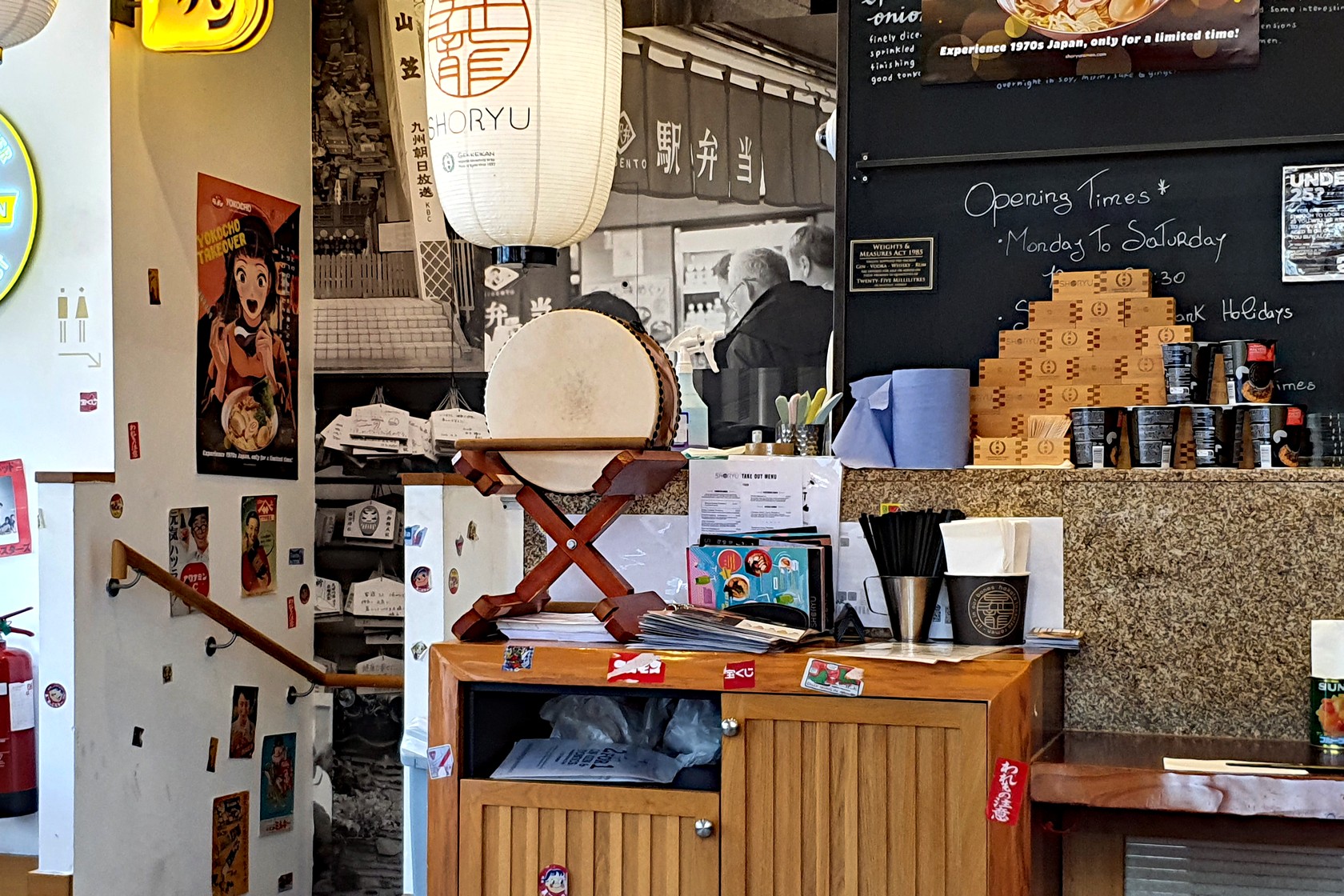 Every time a customer entered they would bang the taiko drum. 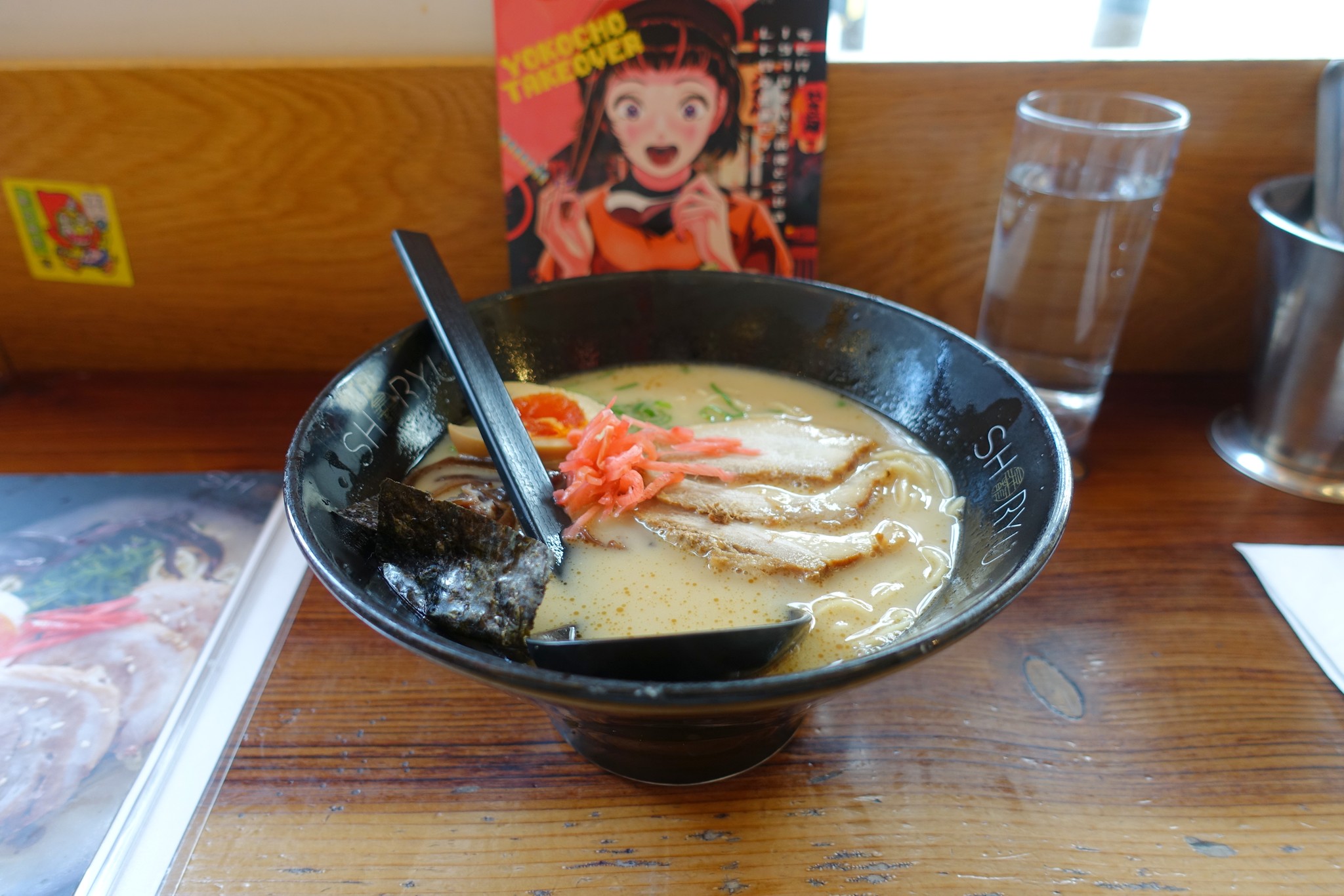 Their signature tonkatsu ramen.
It was meh. I had low expectations since I’ve yet to have a good bowl of ramen in the UK but I still regretted coming in here.

These tiny box stores by the station are cute. Reminds me of Hong Kong.

Wouldn’t mind having a fancy city job in this area. There’s such a diverse selection of contemporary food available. It’s a shame I’m not staying another night here, I didn’t get a chance to try any of it.

The rest were mostly street fashion shops but this store takes the hipster shit way too far.

Luckily, it’s pretty easy to get to the Excel Centre from here.
Take the Overground a couple stations then I get to ride the cute Elizabeth line. Wow, they have 3 of my favourite vtubers!

I was looking for a link to explain this joke and it was even reported on by the fucking Metro. 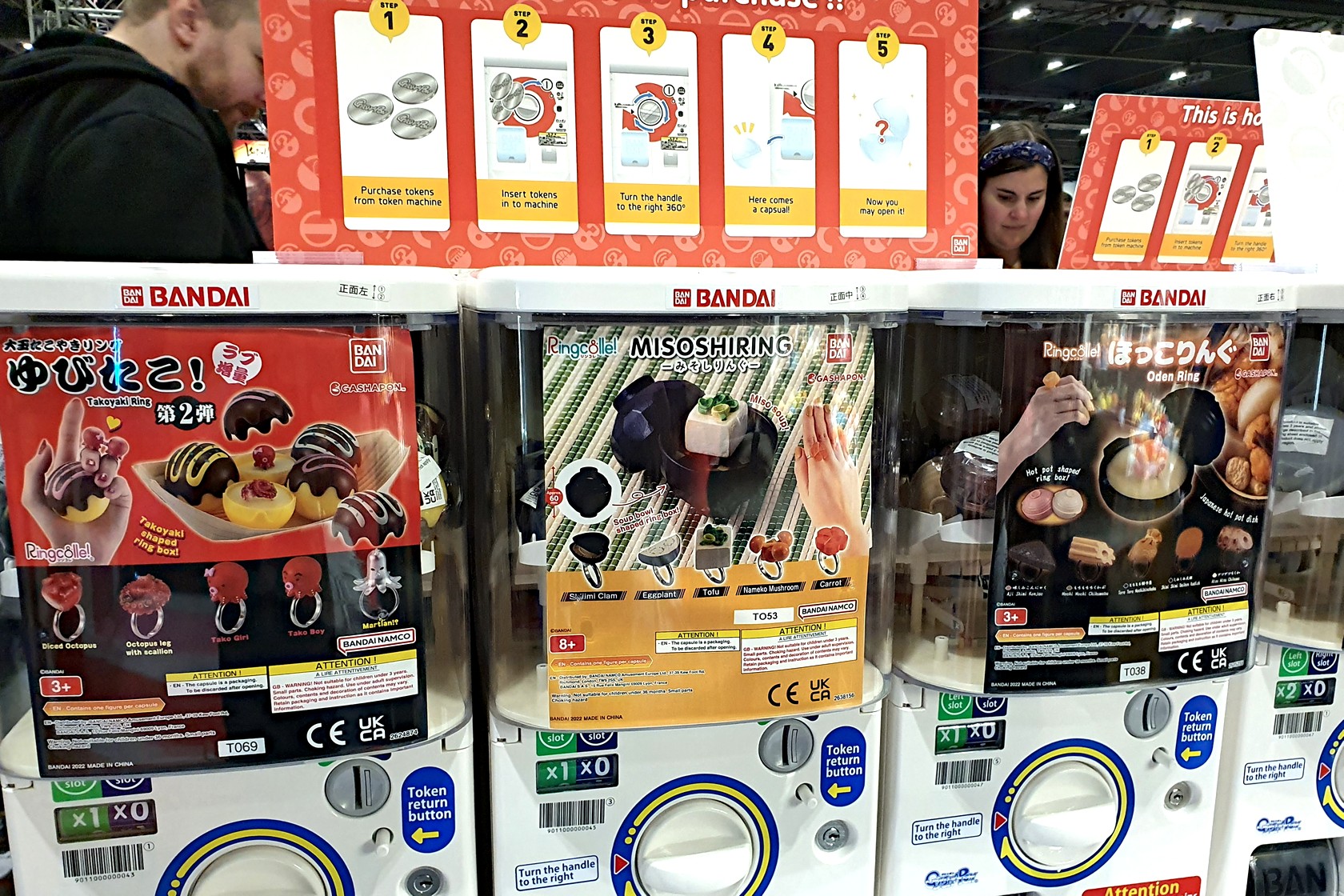 It’s the game the community is eagerly waiting to hate on. 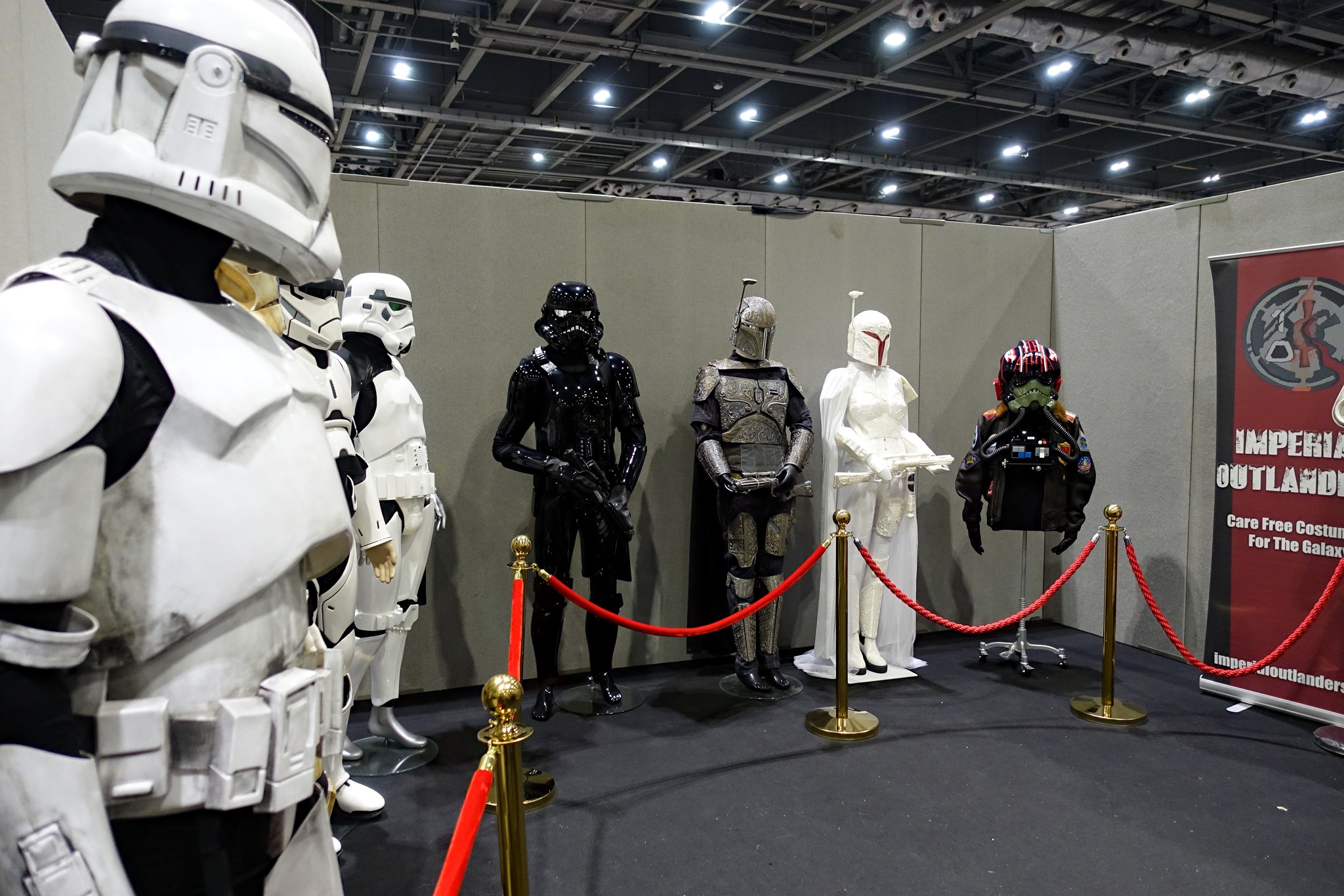 Let’s get married in the Stormtrooper wedding armour. 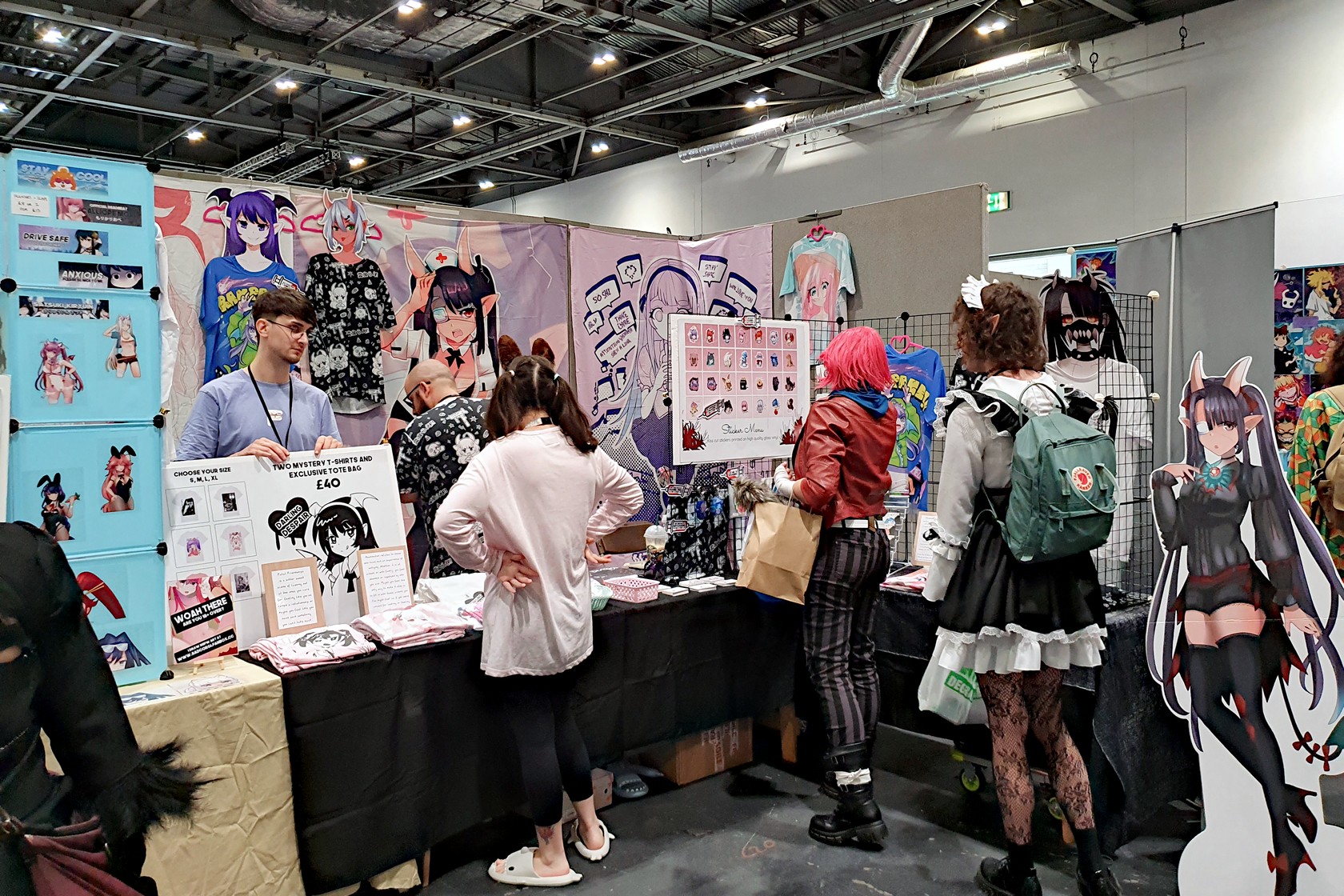 Rokodo wanted a pic of his favourite booth, Darling Despair. Seems like attendance has returned to pre-covid levels; it’s grown back to 2 full halls now.
Some of the big brands are still missing though like Nintendo.

The main cosplay theme this time was Genshin Impact. 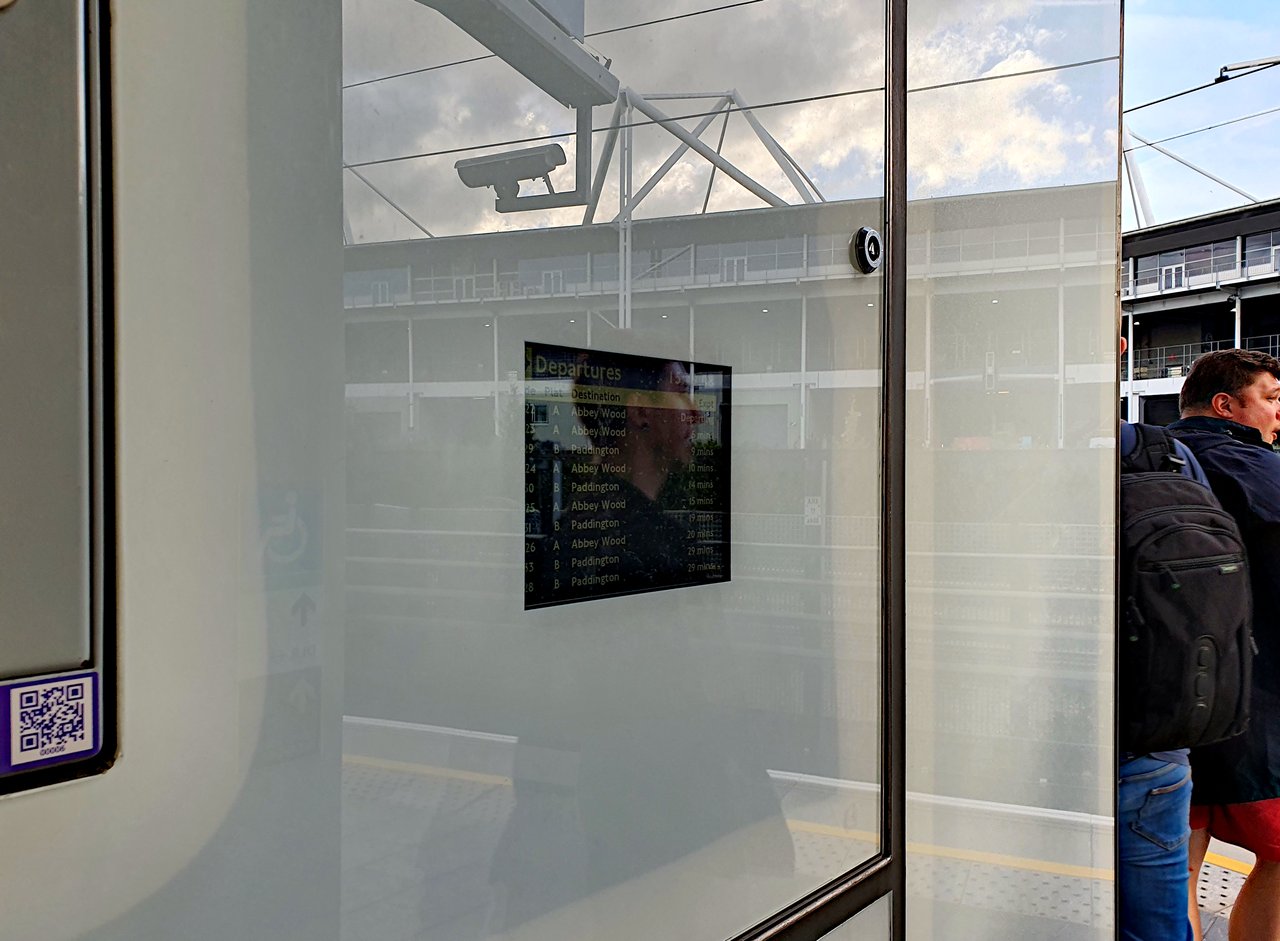 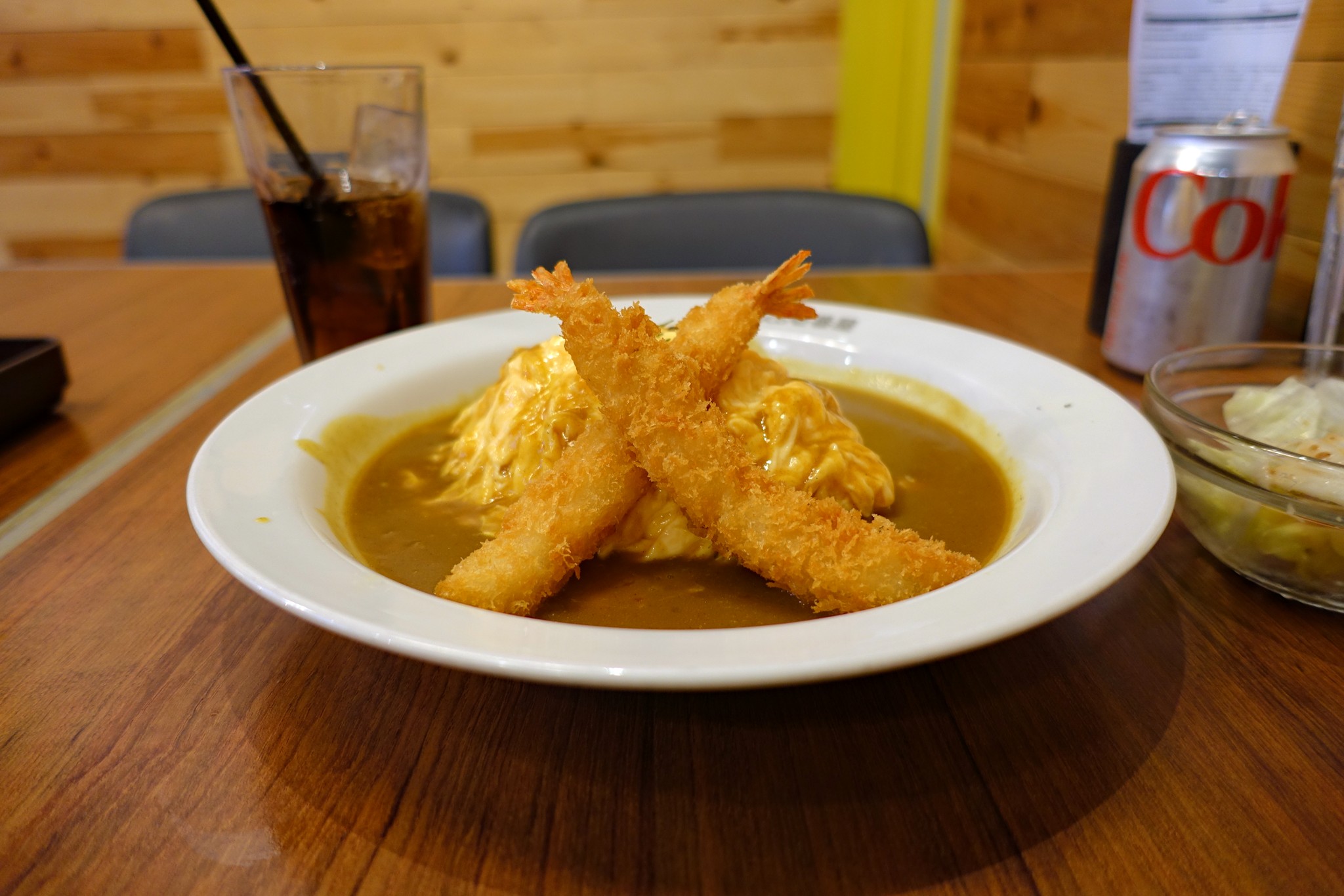 I left early to beat the rush hour. Didn’t have to queue for once.
Kinda awkward seeing a queue outside when I left, after the waiter gave me an entire 4-seat table.

Did not know Fujifilm had their own store here.

It’s nice to finally get my hands on all the different models. It’s hard to tell the difference between all their products online until you see them in person. I was originally thinking of switching to the X-E line whenever I get a new camera since I thought they’d be a lot more compact, but in reality, only barely and they sacrifice comfort to do so. I’ll probably stick to the X-T0 line which just feels right. 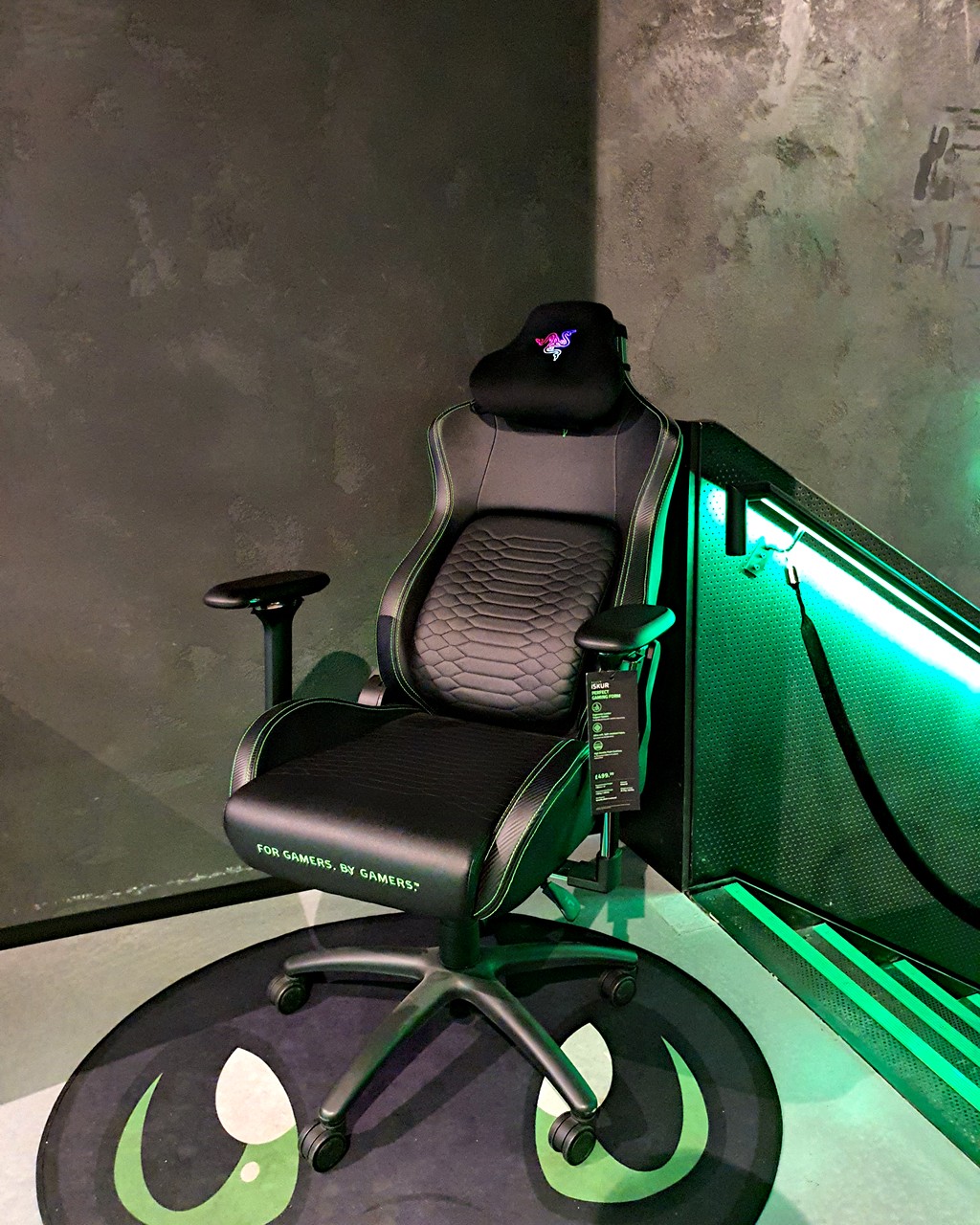 I tried to visit WA, the Japanese cake cafe, again but they were sold out, haha…

I do not like any of the Razer key switches. Aggressively mushy, like trying to jam your fingers into a mattress or something. Seems like they prioritized reducing noise over feel.
Modern gaming mice sure are light though.

They had a whole pink streaming setup. Turns out Razer makes everything now, including a desk lamp. I didn’t really want another bubble tea… but… kinda feels like a waste to come all the way to the city and not make the most of it yaknow? Also I’ve been trying to find the opportunity to try this place for 6 years. Slowly making my way through every single coffee stand in Victoria Station and this time I’m trying Knot Pretzels & Coffee.
The guy running the stand was really on top of things. He moved fast and was proactive too. I was gonna grab and go but I didn’t expect the pretzel to be hot and melty. I had some time so I sat at their counter and while I was trying to figure out how to eat the thing, the guy had already grabbed some napkins and a fork/knife for me.

Uh, I was gonna drink this on the train but it was crowded.
Not only did I ask for no sugar, but it was sitting in my bag for so long that the lemon slice inside had turned the drink really bitter and sour…

Another year, another MCM.