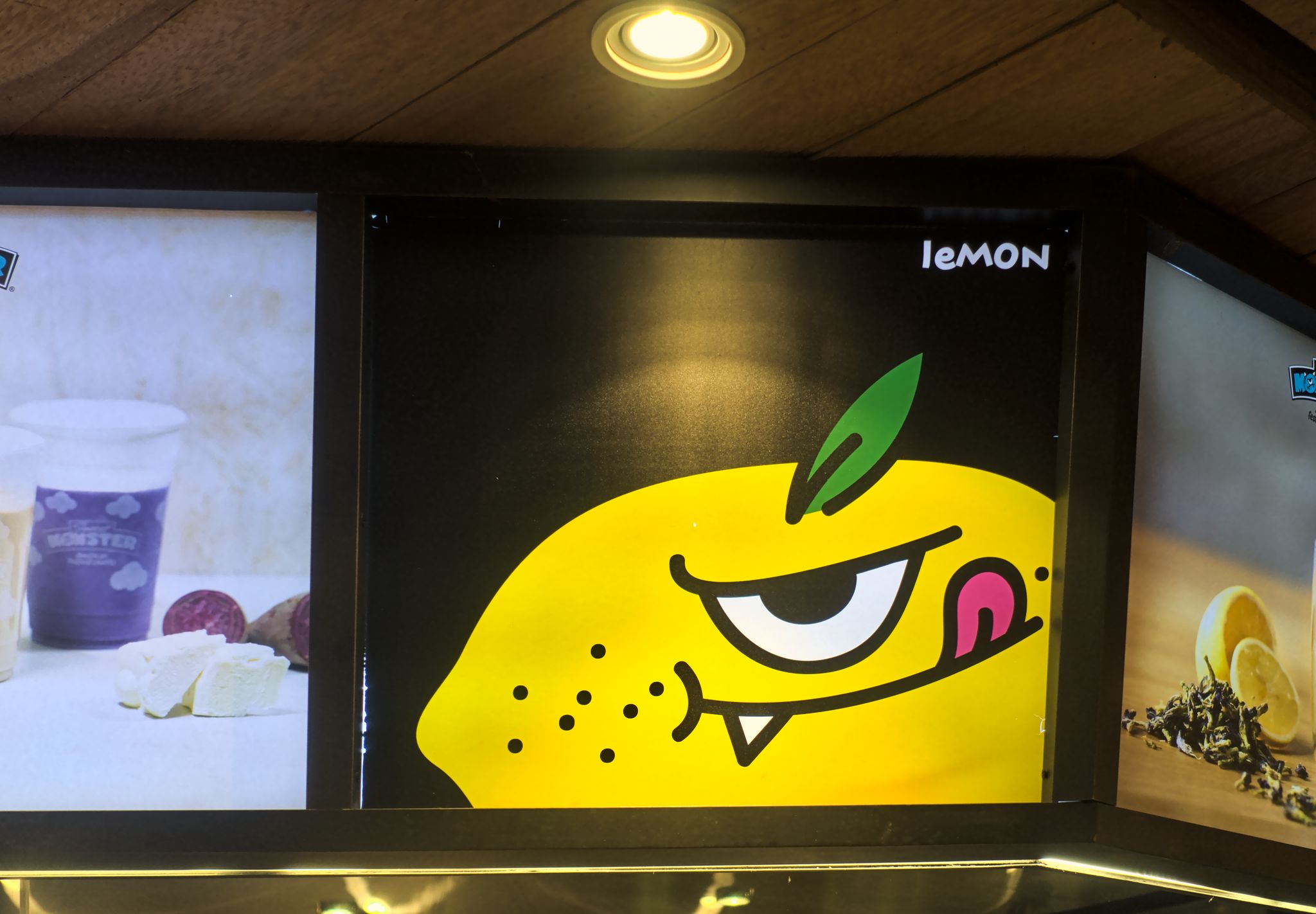 After finishing up my otaku shopping, I headed to the Langham Place shopping mall for dinner.

I never really know where to eat in Mong Kok but I’ve now found my new go-to location.
Langham Place is a short walk from where I usually finish at the Sino Center and has like 15 floors of shops and multiple food courts and has its own train station. These are a couple of months out of season by now. McDonald’s promo. You can just buy it with any meal. The lower half of the mall looks fairly typical but the top half is like they clipped a bunch of pre-made assets together. The top half starts on this floor in the photo and houses a food court mostly of coffee and dessert shops.
I recommend following the escalators all the way up to the top then walk down. The escalators aren’t easily accessible once you break off mid-way to explore the shops as I found out the hard way.
Fun fact: The contractor that maintains these escalators cut corners causing them to eventually fail in 2017. This ended in a big human pileup with 17 injured and a massive fine to the company.

No video games in this arcade. 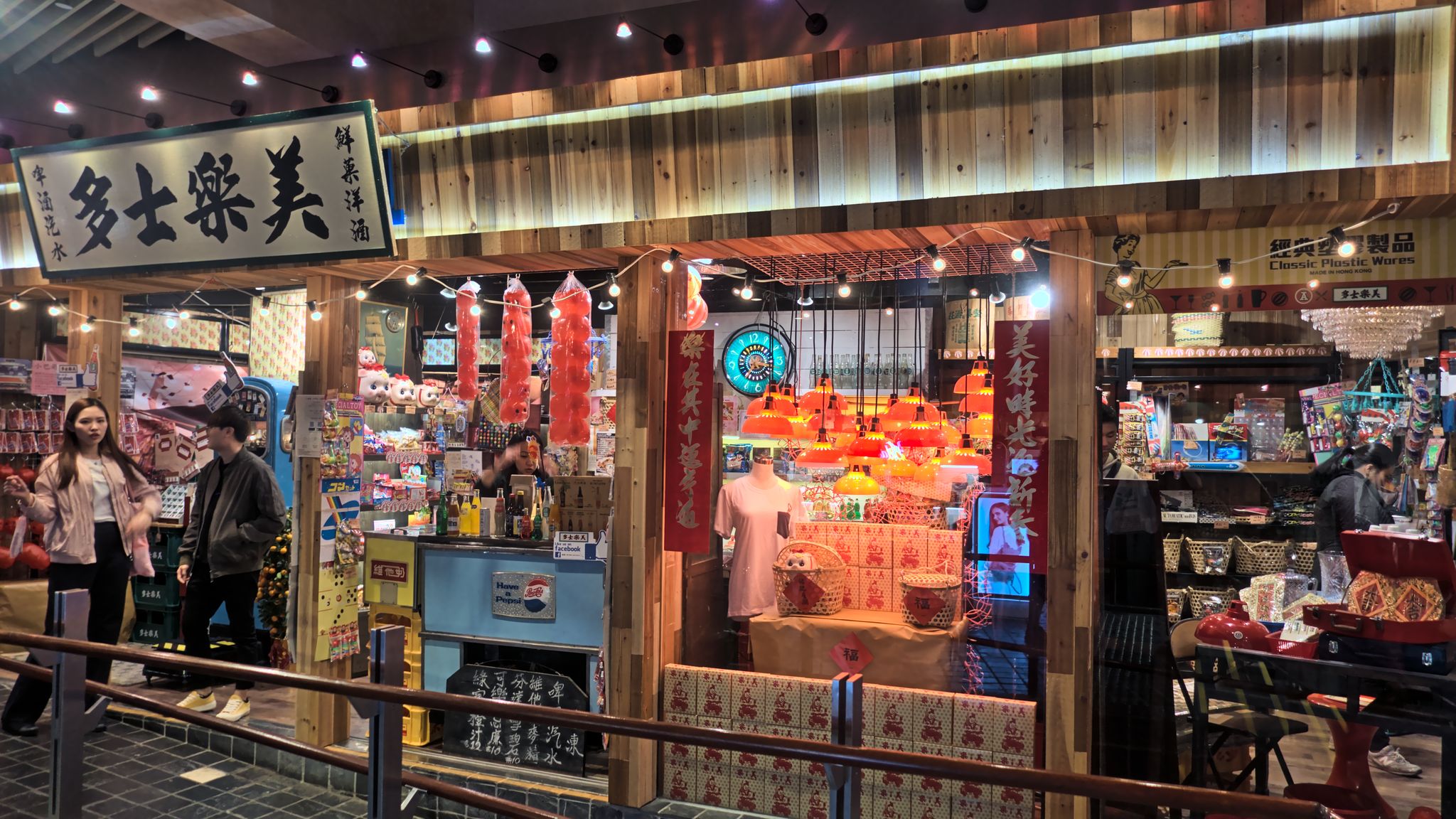 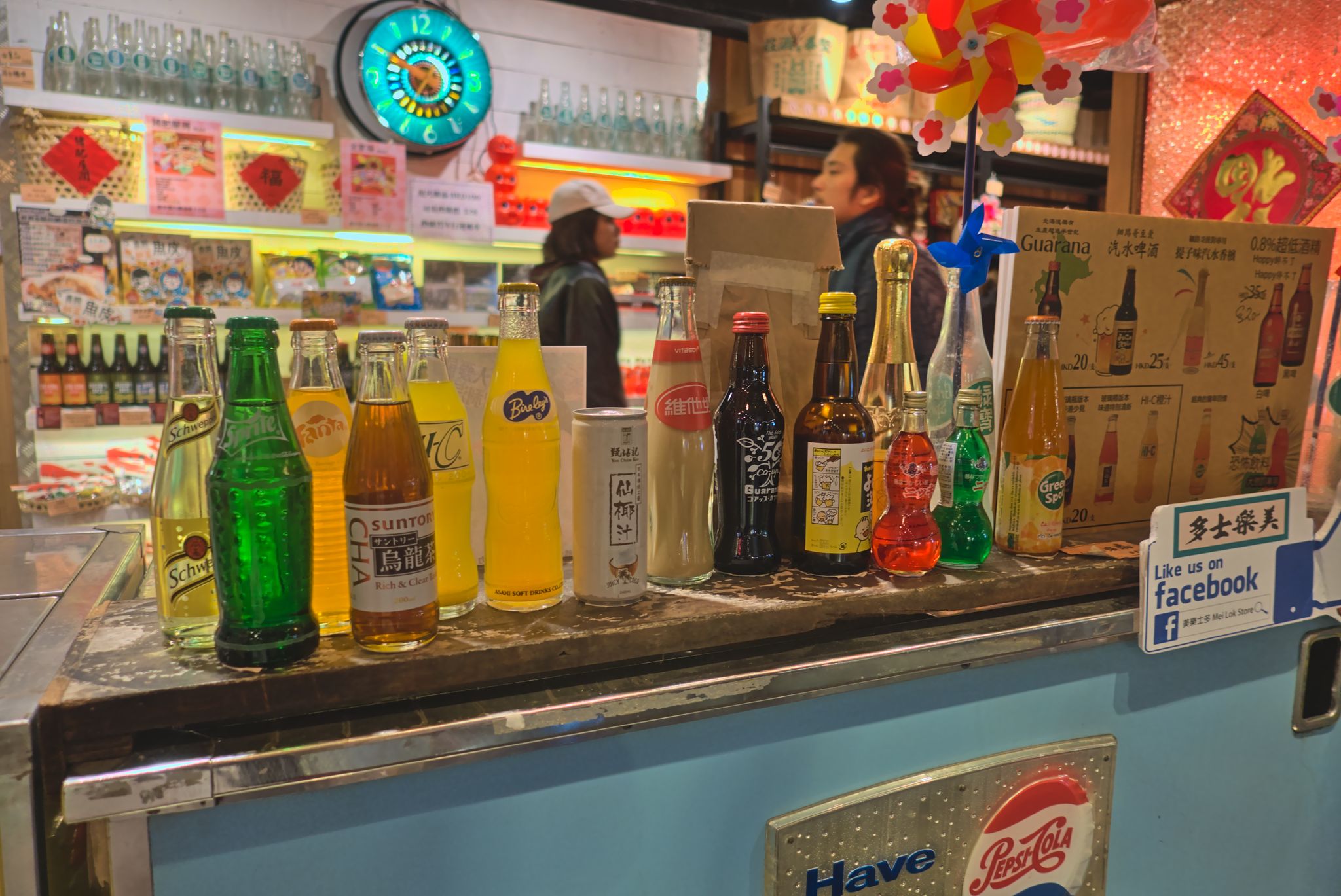 Some retro toys. I used to play with a lot of these when I was a kid. You have no choice but to walk through DOKIDOKI. There are actually 3 Doki Dokis in this mall. S-Stick your dick in it. 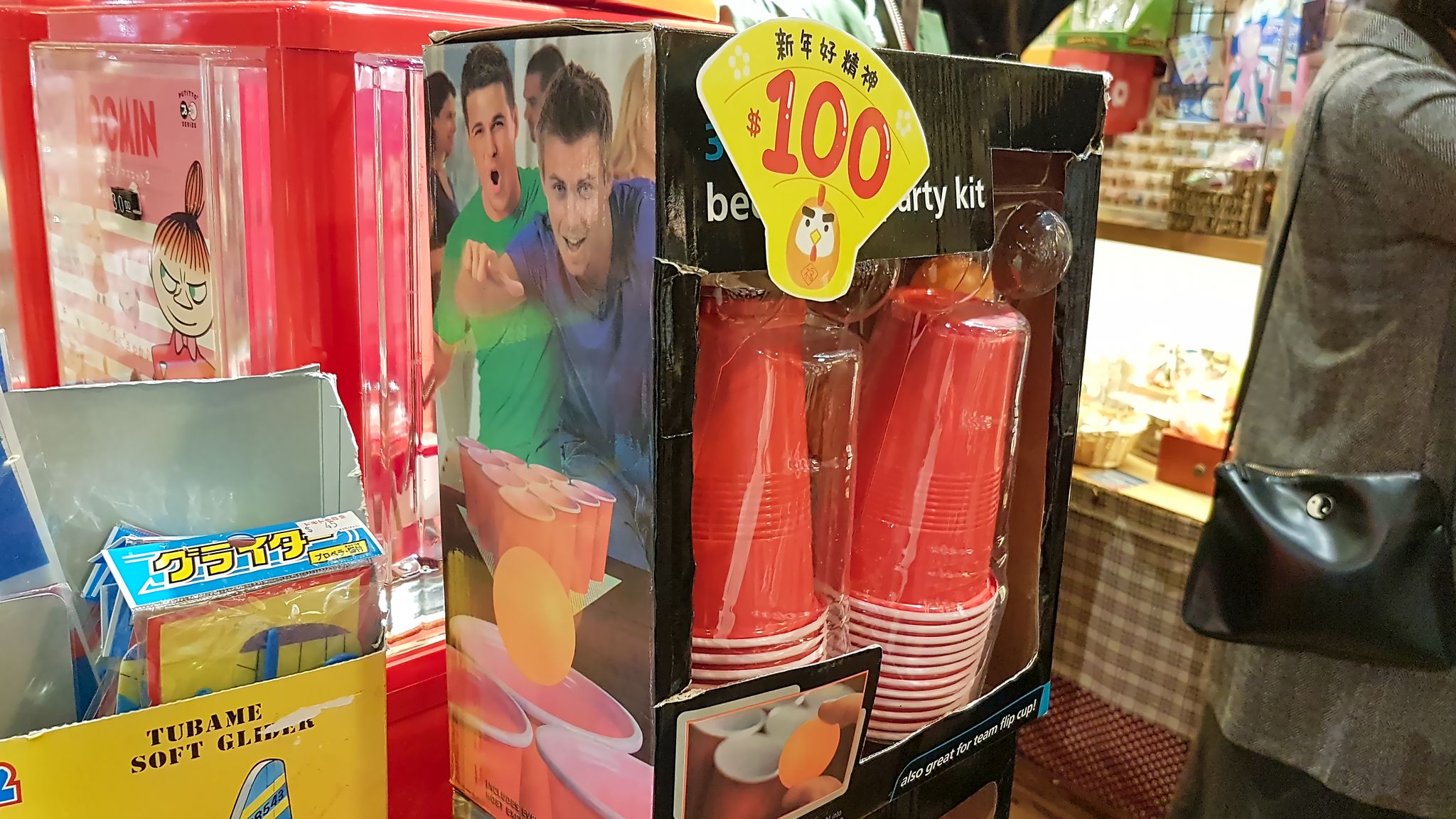 Top floor is another food court. This time more high-end restaurants for people with more disposable income than a peasant like me. 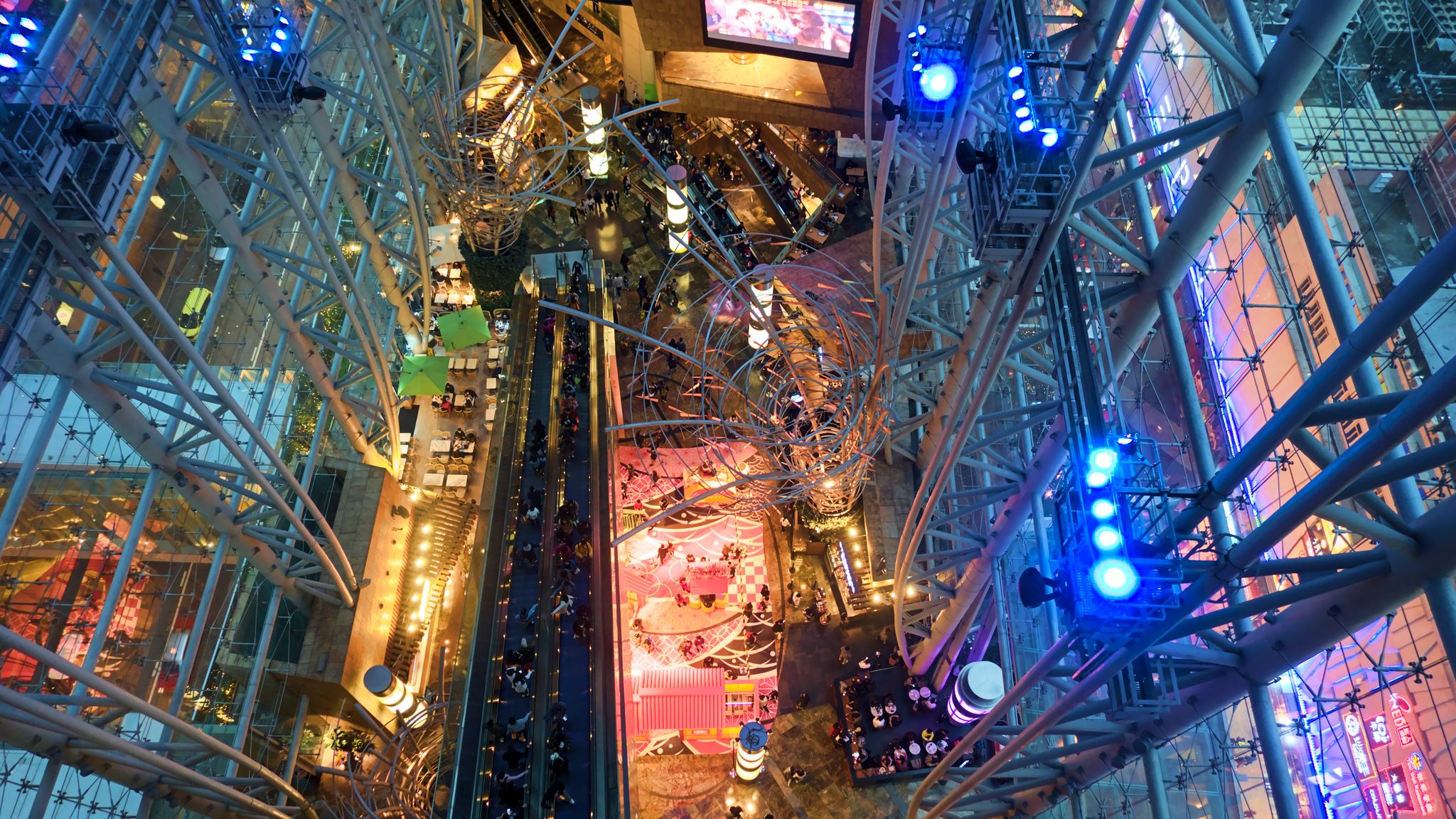 The view from up here is nice.

Turn around and you’re faced with the ugly reality of outside. Oh hey, a Lego store. The first to open in Hong Kong and was the biggest in Asia (2016).
This mosaic on the outside depicts the Star Ferry along the habour view and uses over 100,000 Lego™ bricks. We’ll ride this ferry in a future Blog™ post (at this rate it’ll be done in 2020). 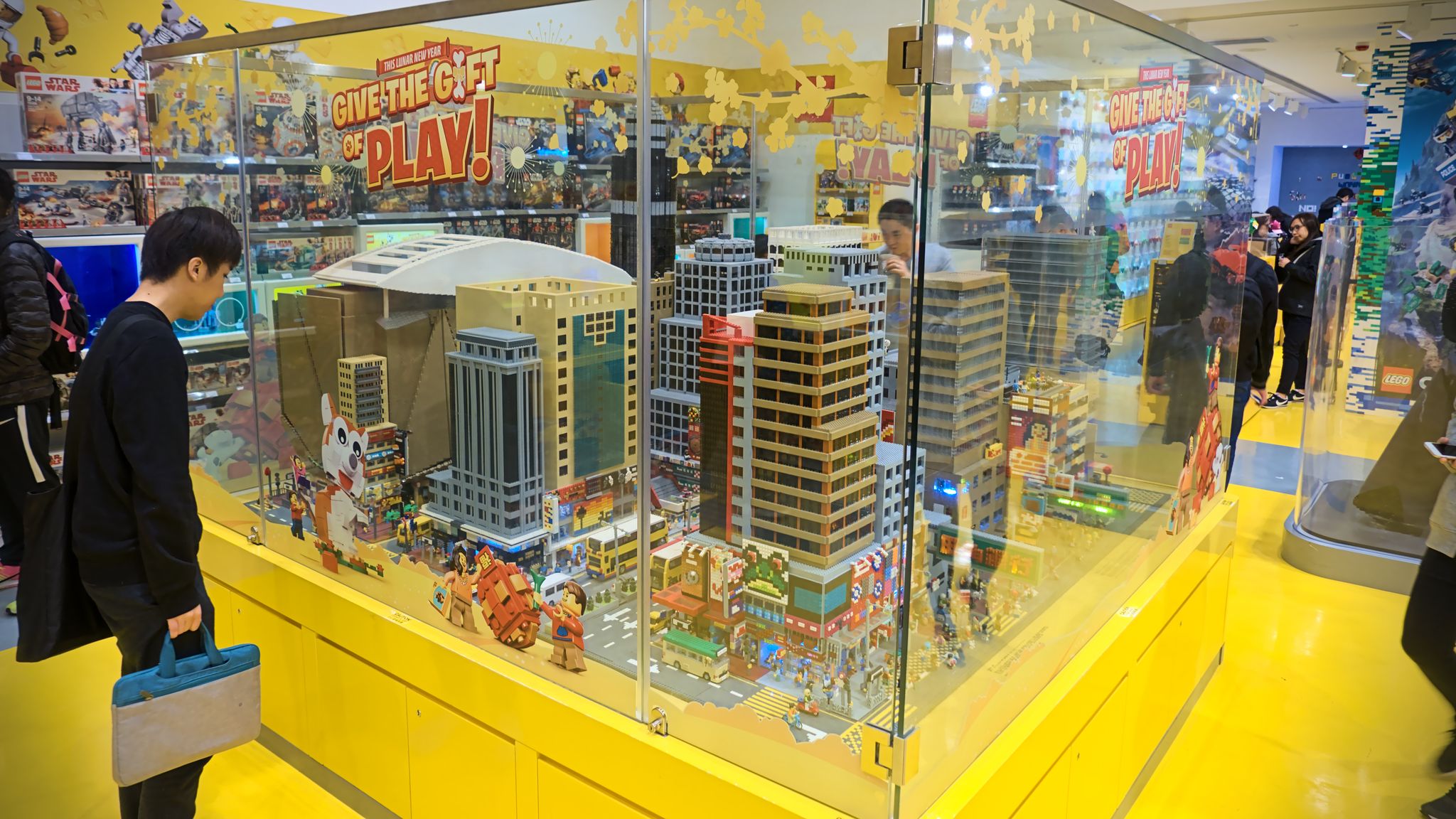 Inside they’ve built a scale replica of the surrounding streets. 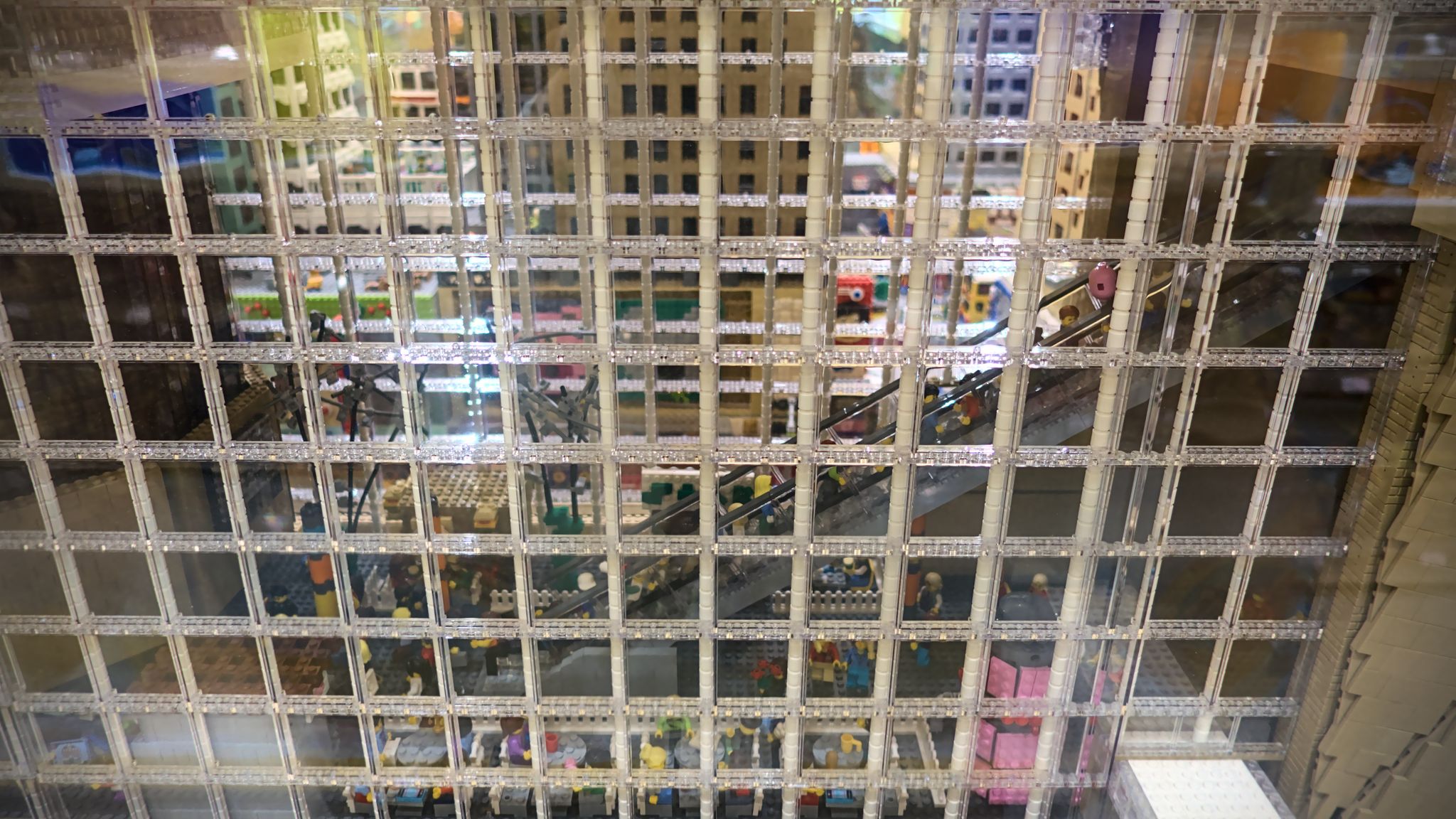 They even modelled the escalators from earlier. 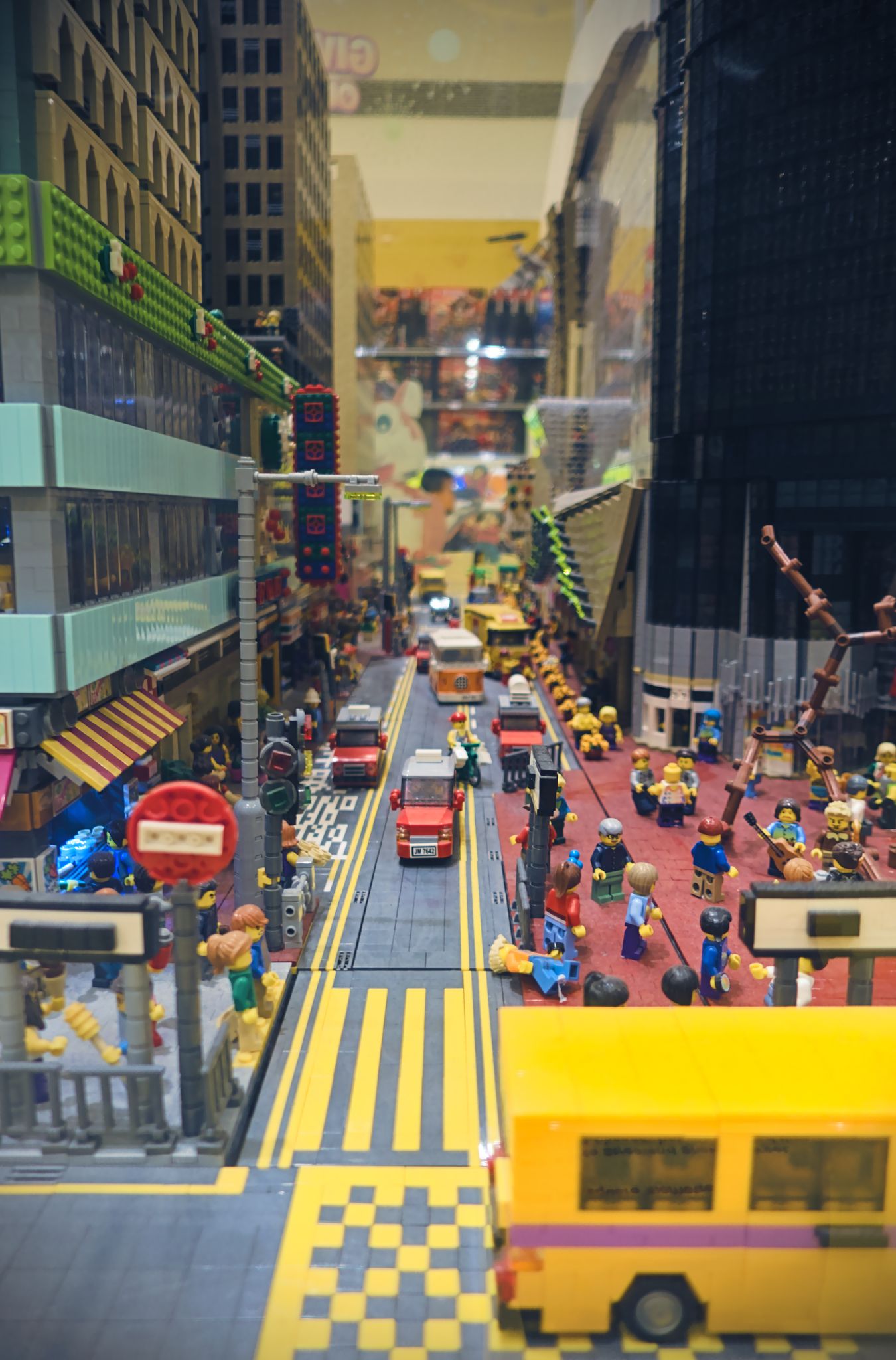 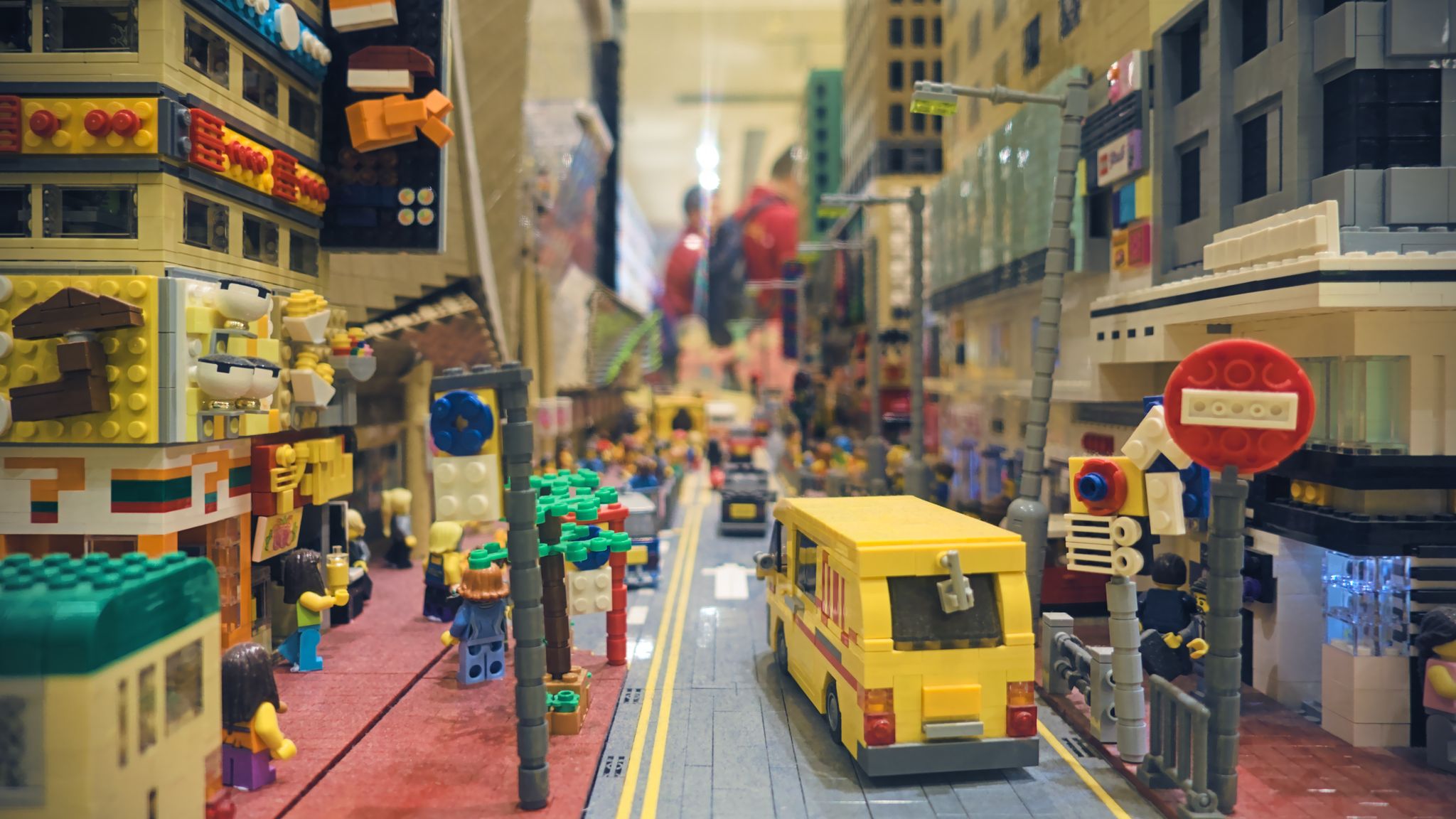 There’s a lot of detail in these. 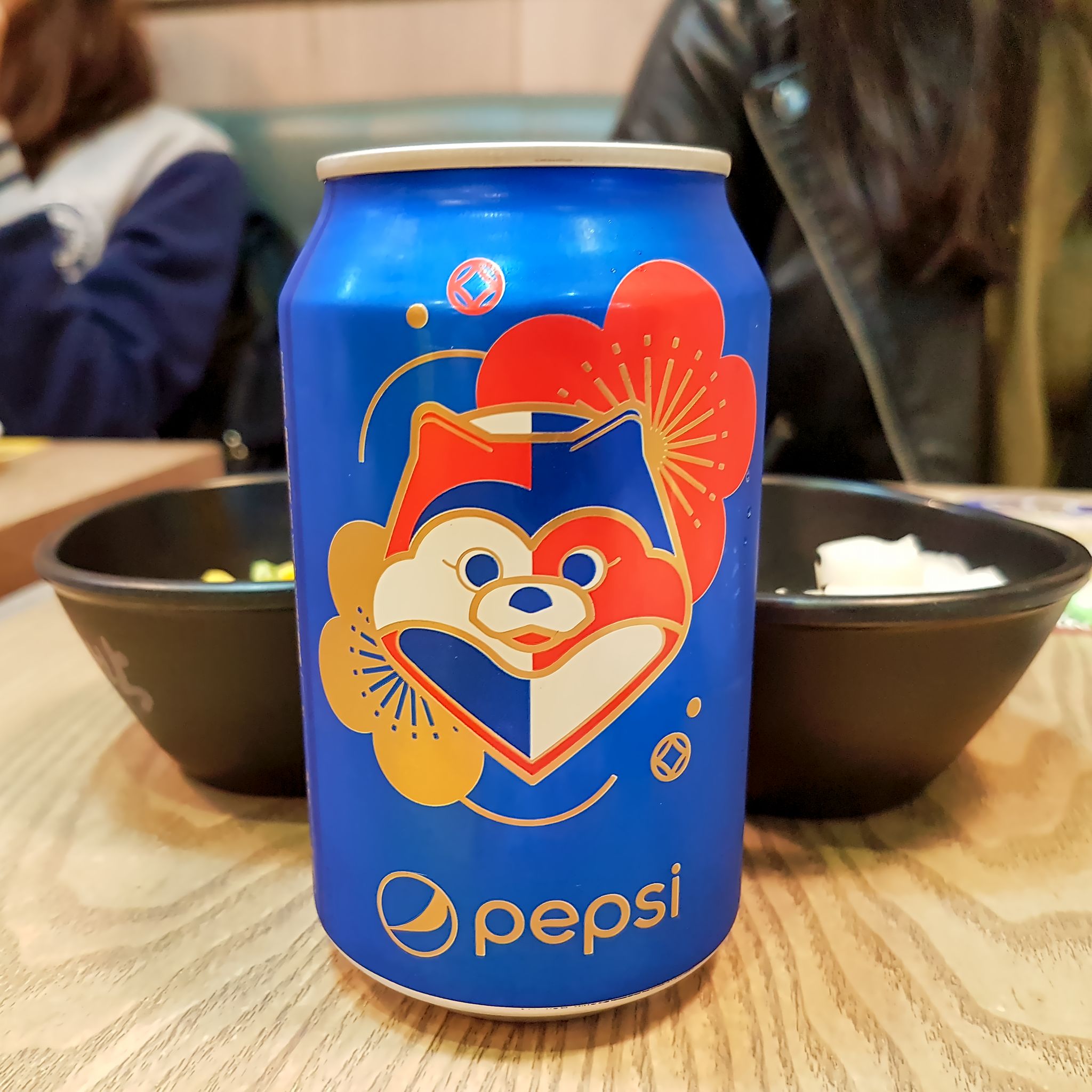 Met up with my sister for dinner. Eating at Nene’s Korean Fried Chicken. 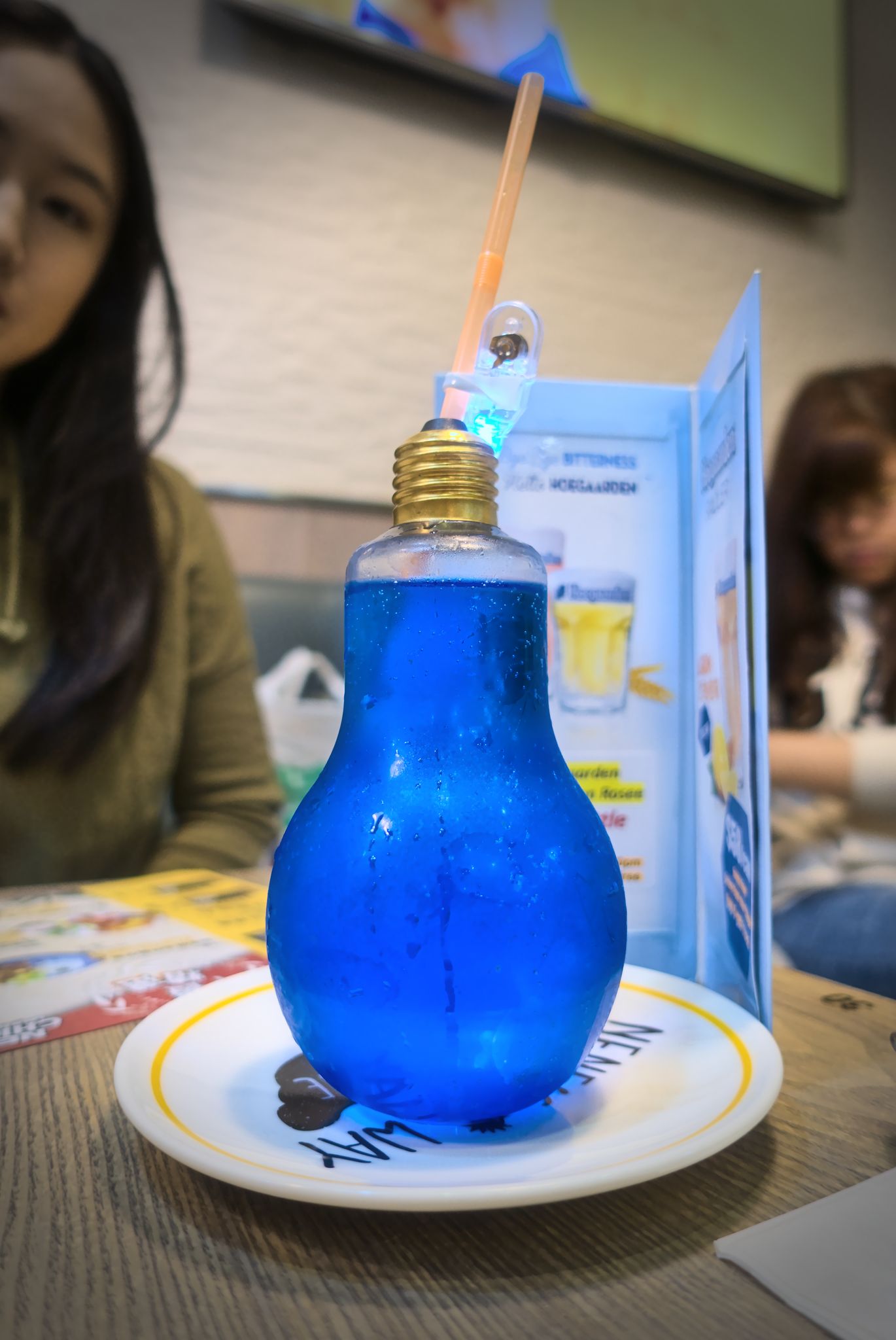 ~Blue Ocean~
This thing is so hipster and it didn’t even taste good.

Should’ve gone for the Shark Attack instead. Would’ve had more Instagram™ potential anyway. 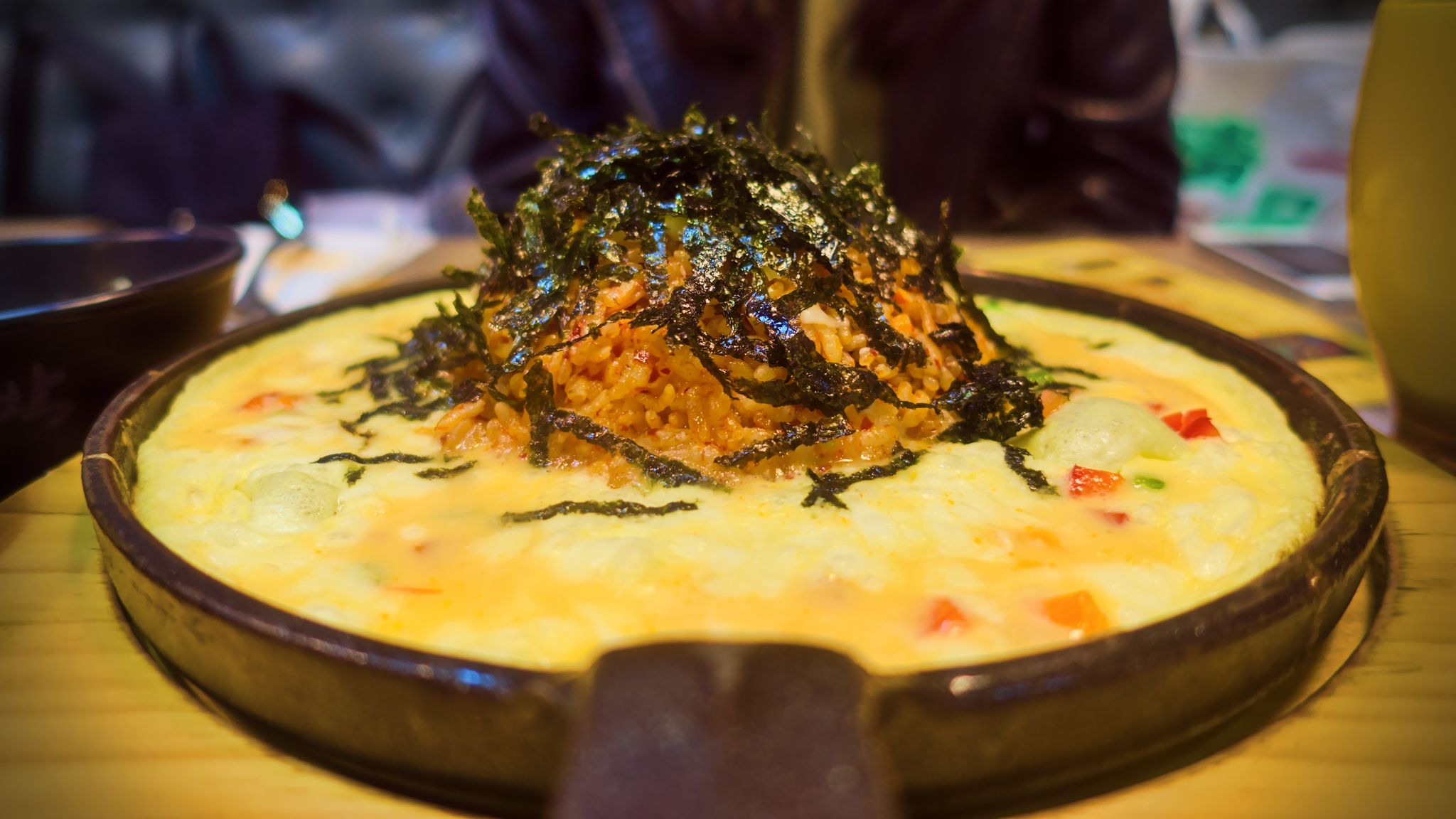 Spicy fried rice in a pan of scrambled eggs and topped with seaweed to start. Oishii 😋 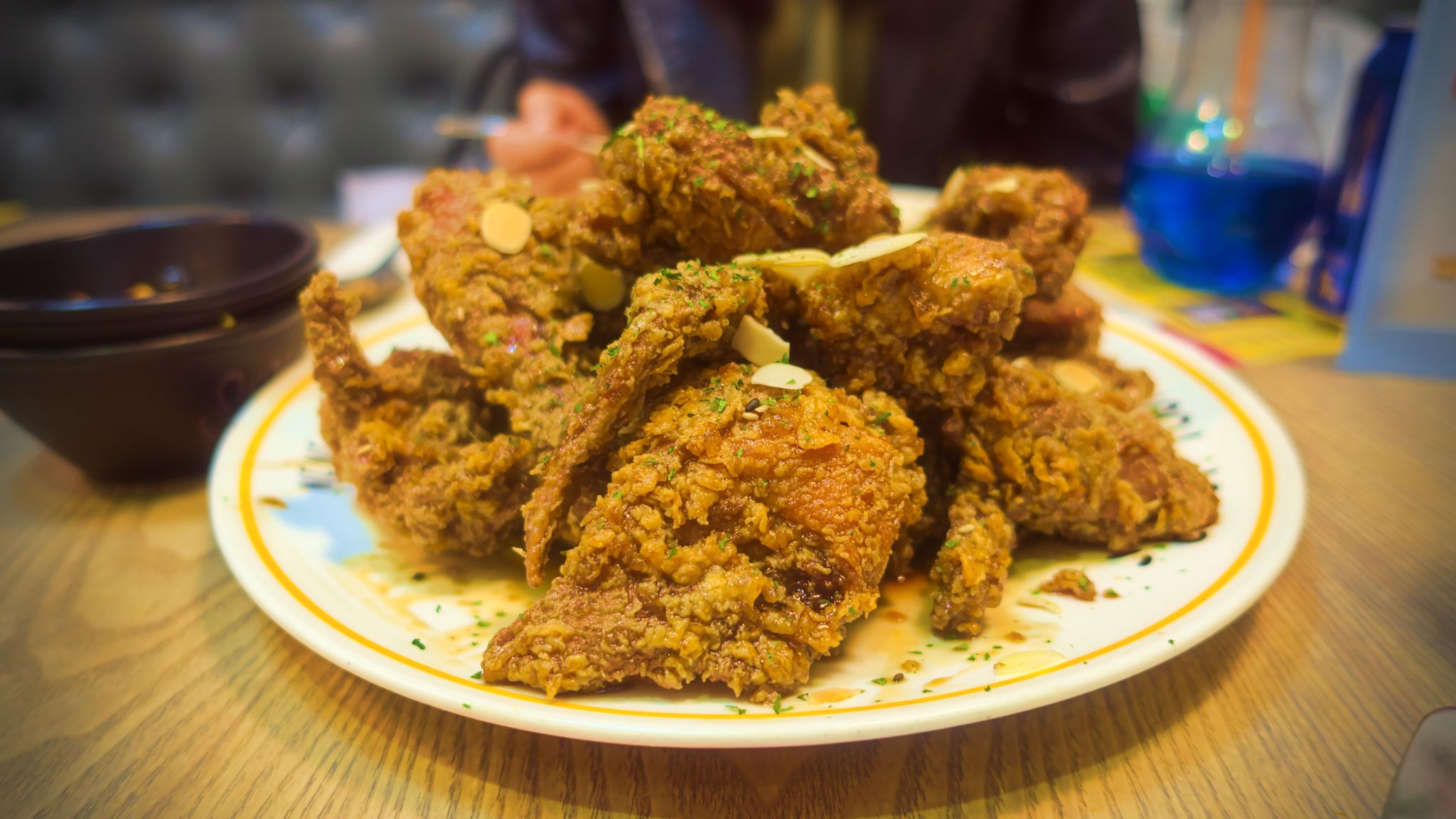 This took over an hour to arrive. Something must’ve happened in the kitchen because at some point they just stopped bringing out main courses. They even had the gall to go around telling people that their time was almost up. Bitch, you haven’t even given us our food yet.

First time having Korean fried chicken and it was super oishii.
0/5 for service though, didn’t even smile and thank us when we eventually paid and left.
Wanna go back to Japan… 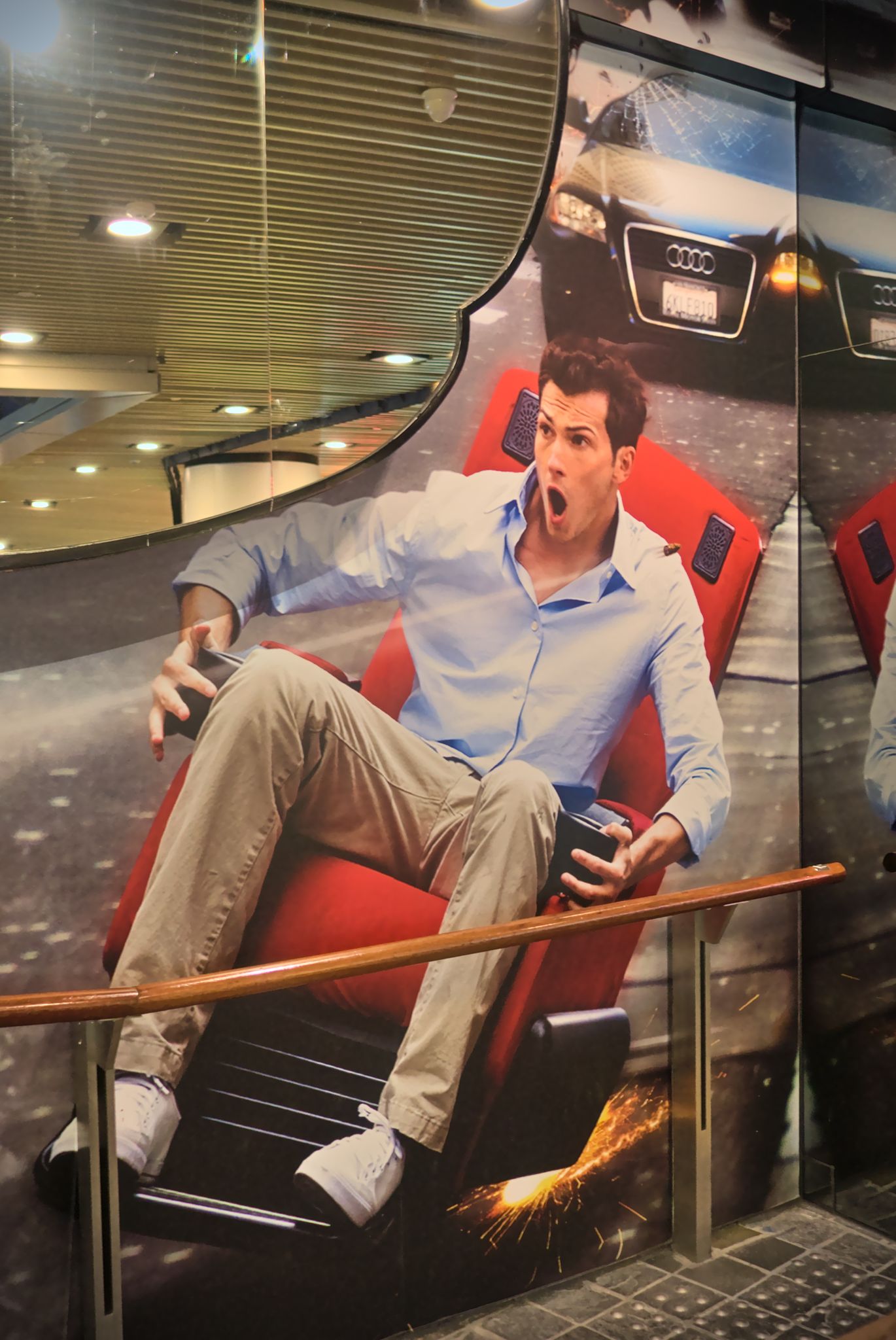 When you don’t set up the UVs correctly.

Padded jeans. Like push-up bras but for your butt.

Me after a long day of walking. 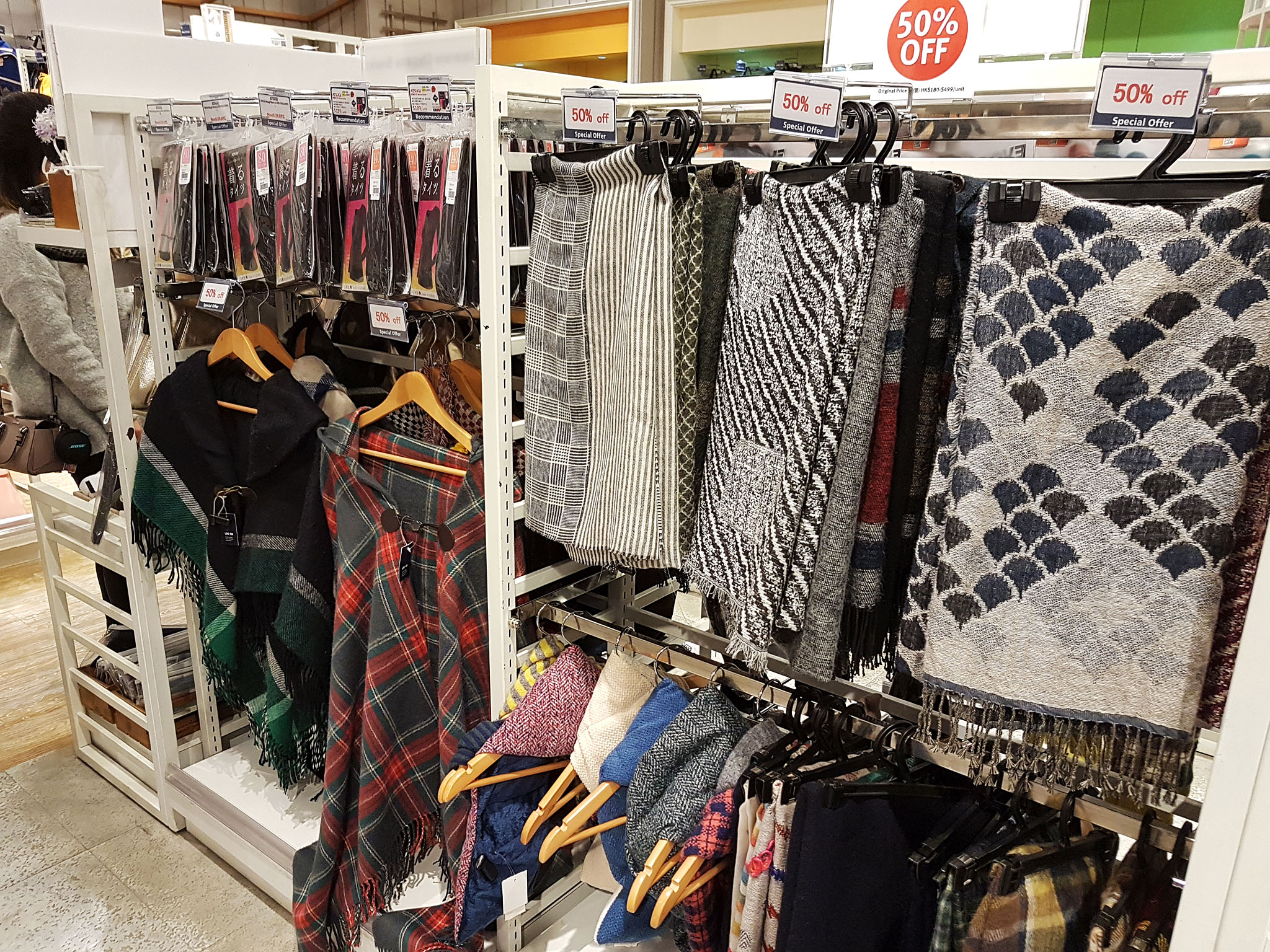 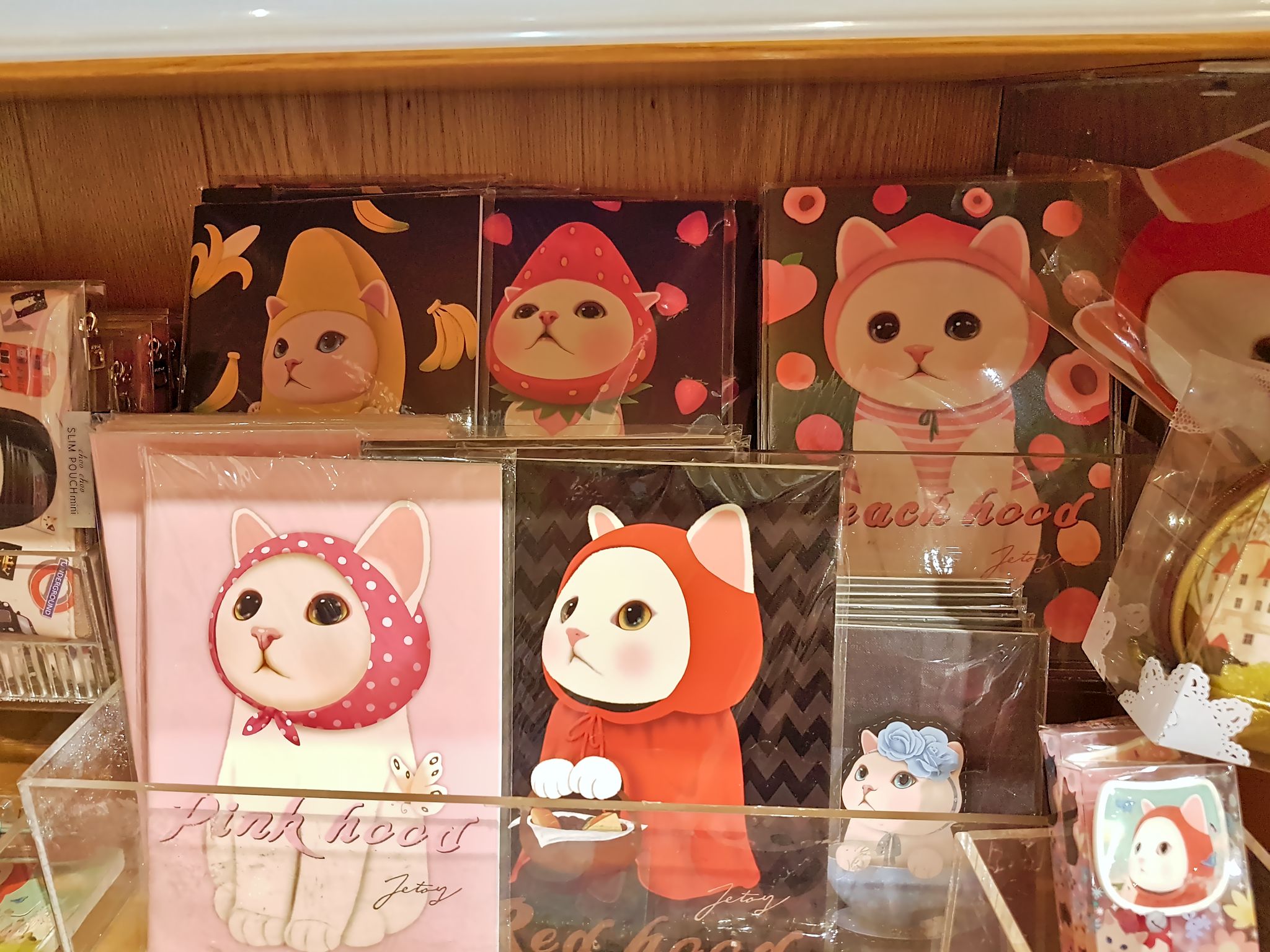 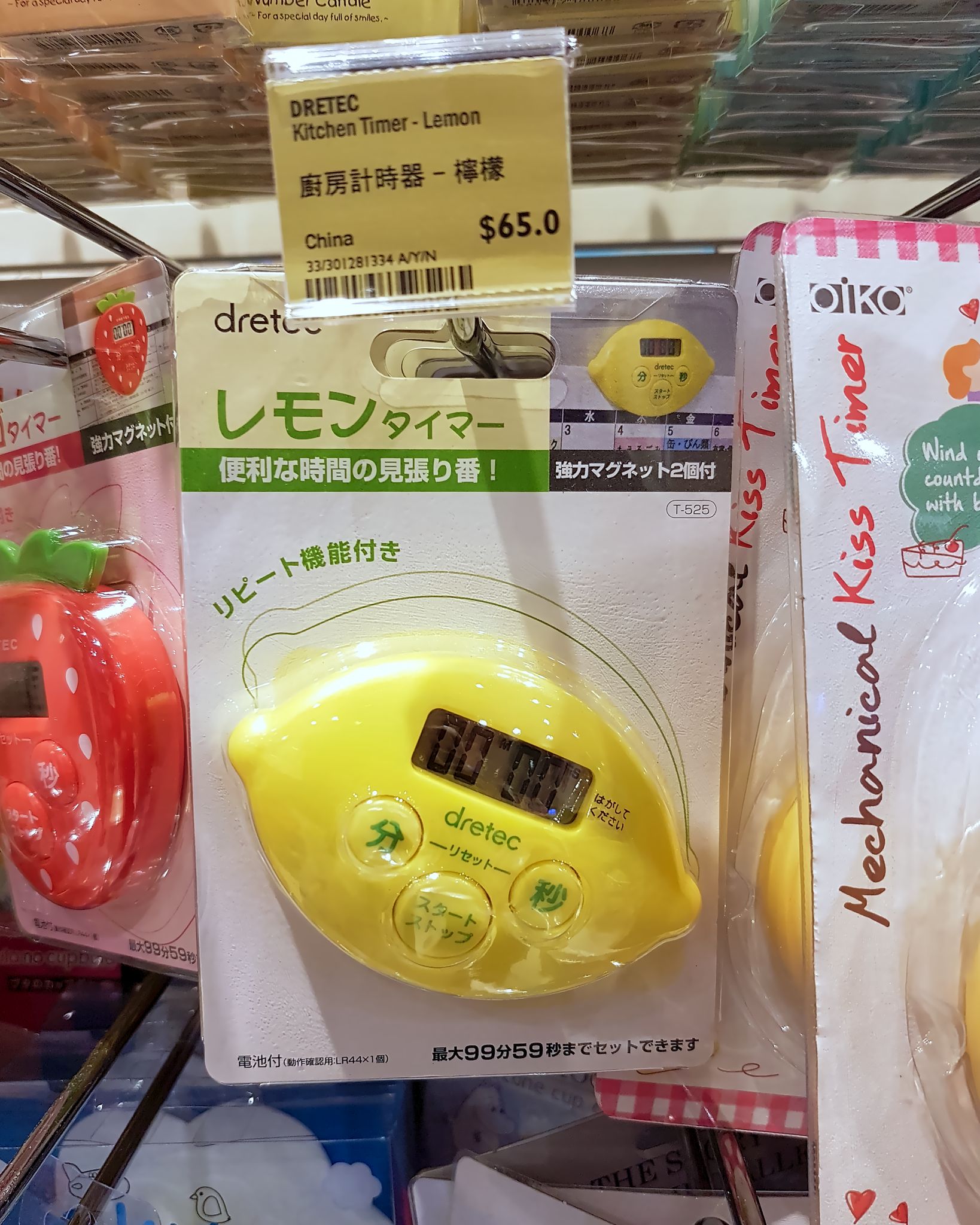 Picked up some snacks from Chez Choux. A cream puff and milk pudding. Oishii. Loot. Got Rosa and a melon pan cushion.
Didn’t expect to see Rosa (Mei) stocked in all the legit stores in the Sino Center (like, all 3 of them).
I looked it up later and apparently the May/Serena figures sold out so fast that they ended up overestimating the demand for Rosa and produced way too many.