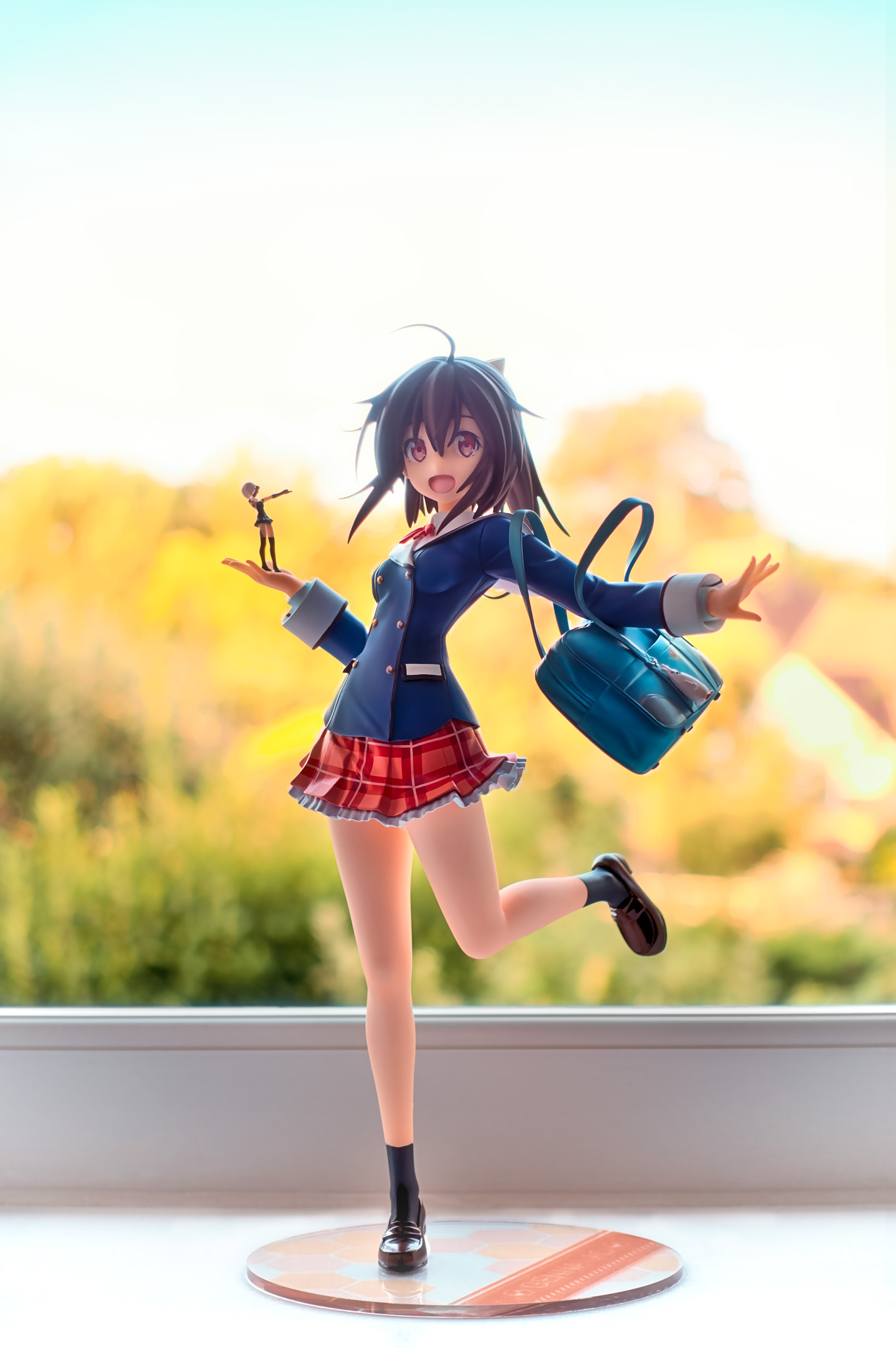 The anime wasn’t anything special but it must have at least done its job as a toy commercial seeing as there’s a sequel coming out next year. It certainly convinced me and my friends to buy some merchandise. 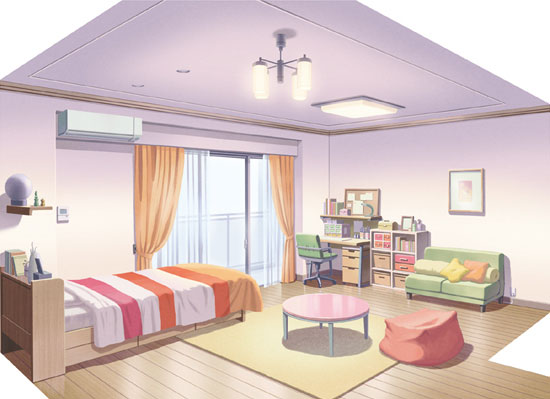 I was mainly watching because I had an interest in interior decor at the time.
Such a cute apartment but I still can’t get over how weird the lights are.

For me, the highlight of the show wasn’t even the robot girls but this dork of a main character. 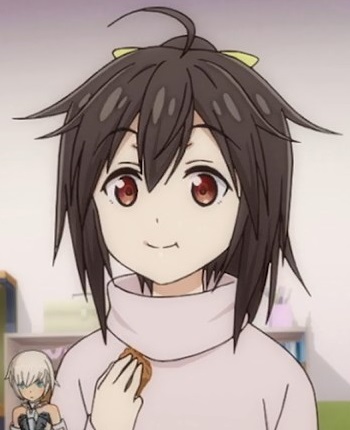 The combination of the pose, flailing bag and fluttering skirt gives off a very energetic, youthful feeling. There’s nice attention to detail shown here by the sculptor from the creases in the clothes to the shine on her polished leather shoes and I love how they captured her messy hair.
Gourai is leaning back a bit, I’ll try and bend her forward later. 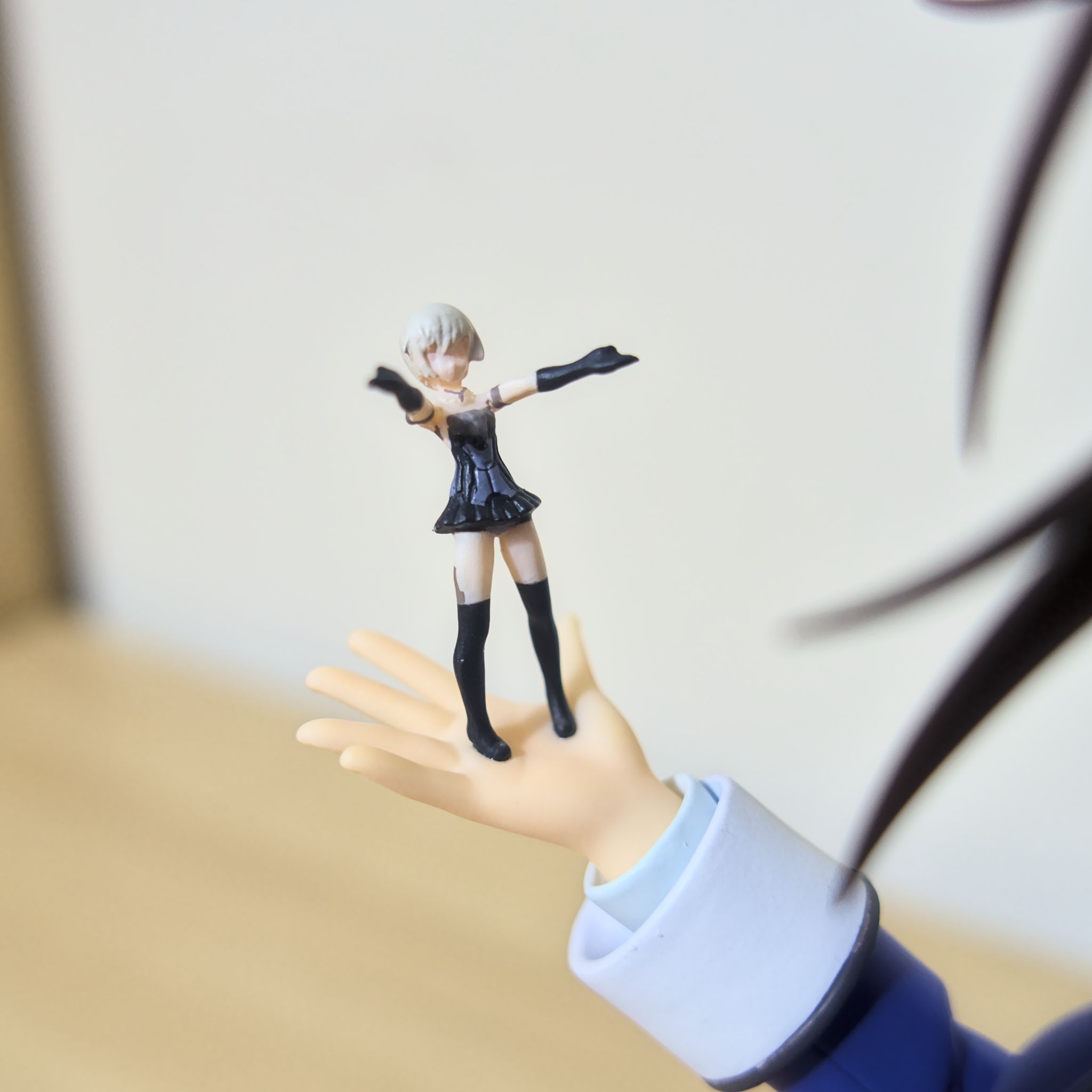 On the other hand. It’s not noticeable from any normal viewing distances but up close, Gourai’s more like a blob of paint than a deadly killing machine. 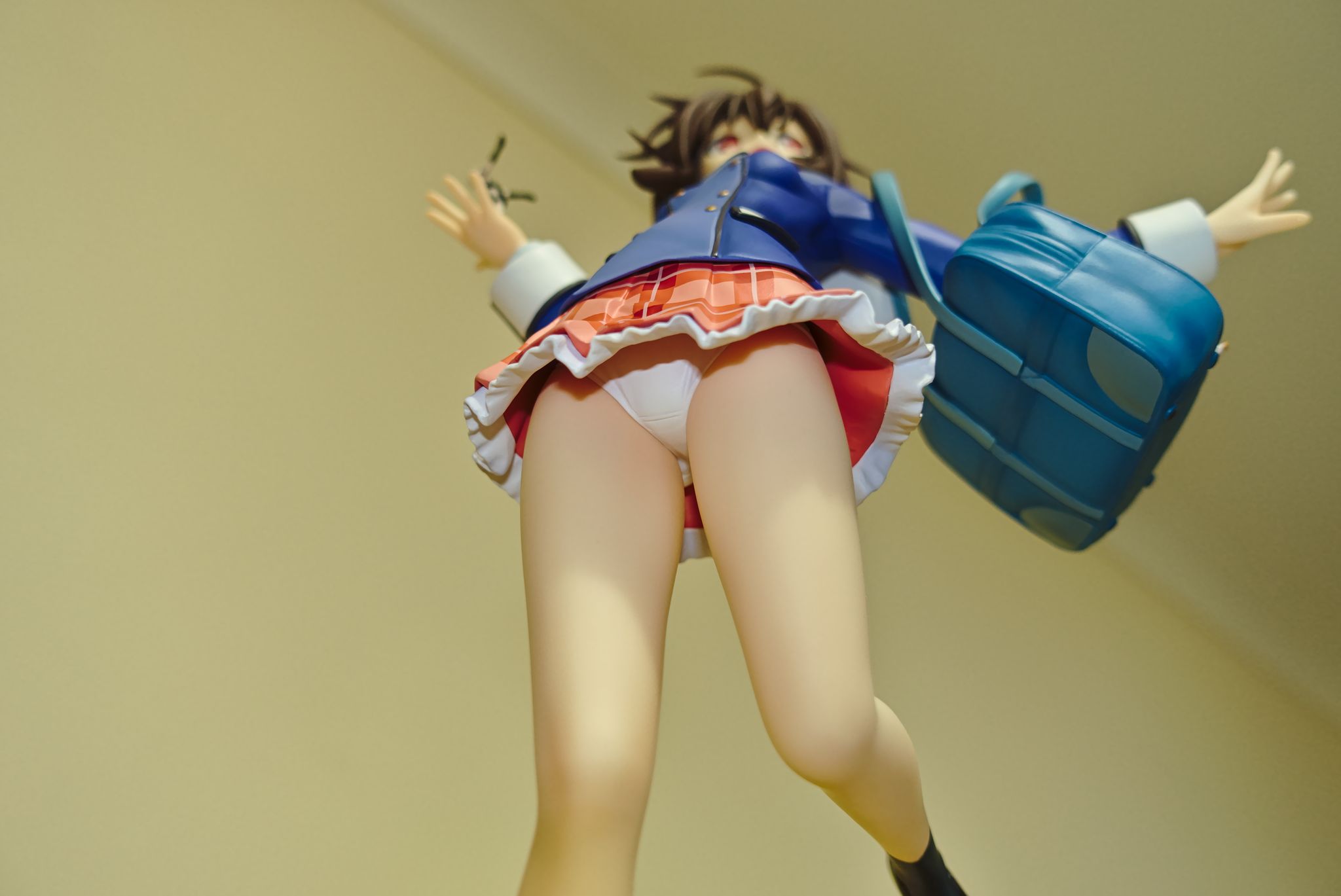 And here’s the obligatory panty shot.

I took these photos a few months ago when I was still new to RAW editing and I was using the camera’s auto mode for everything. Mistakes were made.
I only managed to get one usable photo and even that one was accidental.

I was hoping to do some sort of HDR effect so I could have a nice blue sky.
Even though this was taken in the morning, the sunny outside environment is still orders of magnitude brighter than the indoor room.

Yes, the window was open. Living life on the edge.

I tried Darktable’s HDR feature first but I couldn’t manage to get any decent results.
It’s likely that I moved the camera between shots while pressing down the shutter button (mistakes were made) leading to a blurry image. Or I just didn’t do it correctly, also likely. 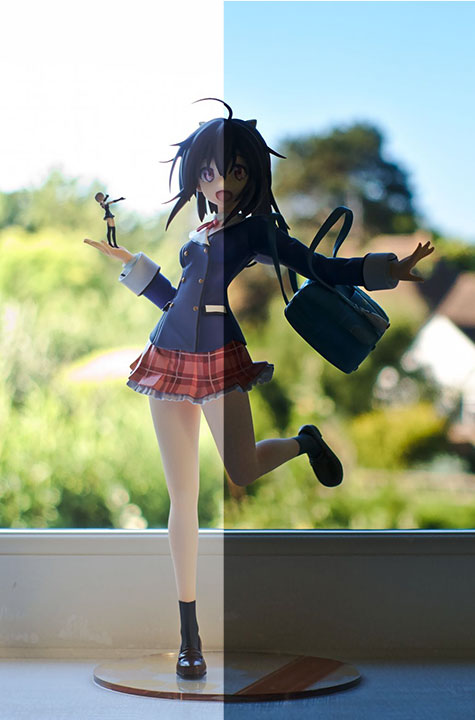 A couple of the individual pre-HDR shots.

I tried manually cutting out the figure and pasting it onto the other photo but I couldn’t get the cut clean enough due to the actual real-life bloom. Plus it looked kinda uncanny. 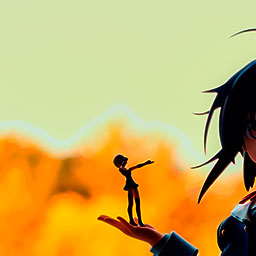 Finally, I tried Photoshop’s HDR instead which did a better job at aligning the images.
However, it turned the trees and the bottom of the sky yellow…
There was a positive side effect. Her thighs and hands also gained a reddish glow like real human skin. Overall, the image now had this warm Autumn feeling which I ended up liking.

There’s still the yellow sky to worry about. I turned up its brightness until it turned white again.
Seeing as I didn’t get the blue sky I wanted anyway, maybe I should have used the pre-HDR copy but if I did then I wouldn’t have ended up with this uniquely vivid image.